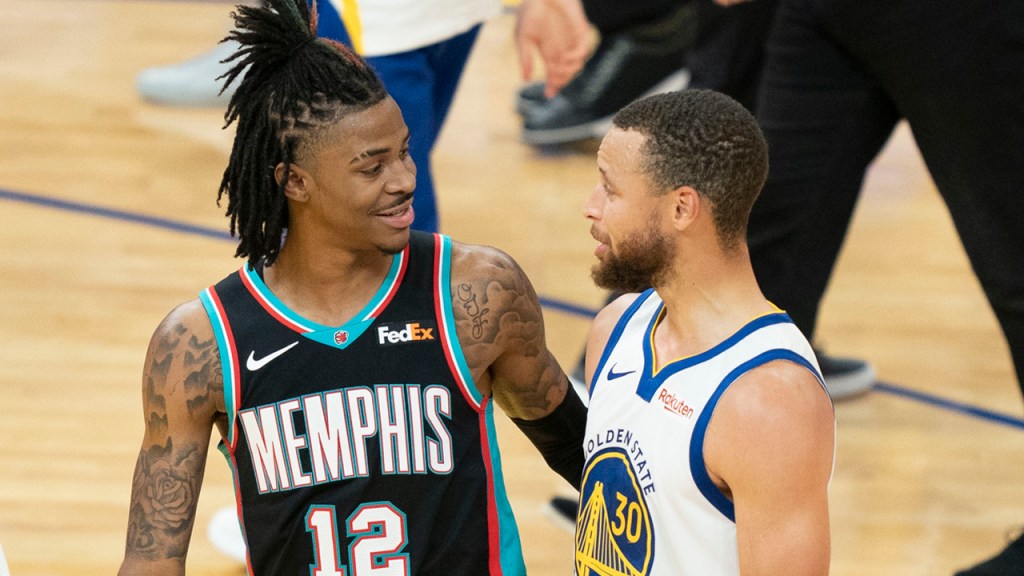 Every major sports league in the United States has that day of the year when the games are glorified even more than they usually are. For Major League Baseball, it’s the 4th of July, where USA’s pastime meets USA’s birthday. For the National Football League, it’s Thanksgiving, where families gather each year to spend time together, eat plenty, and watch the Detroit Lions and Dallas Cowboys play football.

For the NBA, the crown jewel of the regular season comes on Christmas Day, a festive occasion filled with an entire day of basketball, starting early in the day and ending late at night. It’s the day some of the best teams with the most exciting players square off in potential playoff matchups. Some confrontations are driven by off-season storytelling, and others are driven by lore.

With the 2022 NBA Christmas Day slate officially revealed, here is the ranking of scheduled games from best to worst.

It has become a tradition for the New York Knicks to face the Philadelphia 76ers on Christmas Day. The two teams have faced each other 12 times in the past on December 25, which is the most frequent match on this holiday.

Christmas in the garden!

However, some traditions are not good, and the New York Knicks playing on Christmas Day, regardless of the state of the team, is not one of them. Last season, the Knicks experienced a major regression from the 2020-21 season in which they made the playoffs as the fourth seed, as they finished 19th in the NET rankings and fell found with the 11th overall selection in the 2022 NBA draft.

Do they really deserve a spot on Christmas Day on higher performing and more exciting teams because of their historical standing and market relevance? The answer is no. runner-up Joel Embiid and former MVP James Harden.

The addition of Jalen Brunson along with the rest of their young talent makes the Knicks an interesting team as it looks like they will do everything to compete for a playoff spot. However, they are neither interesting nor good enough to play on Christmas Day against other teams such as the Minnesota Timberwolves, Los Angeles Clippers, New Orleans Pelicans and Atlanta Hawks.

LeBron James is set to play his 17th NBA Christmas Day game, the most by any player in NBA history. When LeBron James is on the court, the product is always entertaining. Throw Luka Doncic into battle, and the result is a marquee game featuring two of the NBA’s best players, a battle between the old and the new generation.

However, questions remain unanswered regarding the Los Angeles Lakers. Their core trio of James, Anthony Davis and Russell Westbrook only shared the floor as a unit for 393 minutes, which equates to around eight games. In the very small sample, they also didn’t look very promising as they had a NET rating of -4.19 which would rank them as the 24th best team in the NBA.

Will this trio of James, Davis and Westbrook ever work consistently? Will Westbrook even be on the roster on Christmas Day let alone opening night? Will Davis be healthier from game to game this coming season? Will rookie head coach Darvin Ham prove an improvement over Frank Vogel? Is the roster built around the trio solid? There are frankly too many questions about the Los Angeles Lakers to get too excited about the game.

Historic star power, prospects, and franchise galore justify the team having a game on Christmas Day, but will the actual product live up to expectations. Last season, the Lakers gave the public every indication that they would fail to live up to their high standards. Until they prove otherwise, the public shouldn’t be convinced that they can.

In a game that features two teams that met in the 2021 playoffs, the reigning Back-To-Back MVP and the team that had the NBA’s best record last season, sparks will fly when the Suns will travel to the Mile High City to face the Nuggets.

With Nikola Jokic leading one of the best offenses in the league and with the return of Jamal Murray and Michael Porter Jr. as well as new offseason additions in Kentavious Caldwell-Pope and Bruce Brown. The Nuggets are looking to not only repeat the success they had two years ago in their run to the Western Conference Finals, but to get over the hump and race to win the NBA championship.

Meanwhile, the Phoenix Suns return with the same core of stars and complementary players that led them to an NBA Finals appearance and the best record in franchise history, but seek revenge for an embarrassing exit from the playoffs last season.

With two title contenders facing off, this Wild Western Conference game is a treat under the Christmas tree.

The Bucks and Celtics gave NBA fans an absolute thriller of a seven-game series when the two teams faced off in the second round of the 2022 NBA Playoffs.

The Celtics, who came back from a 3-2 deficit to win the series, were saved by the heroism of Jayson Tatum, who scored 46 points against an elite playoff defense while showing his utter genius as a shooter, hitting 7 of his 15 three-point field goal attempts.

Tatum was going basket for basket with reigning NBA Finals MVP Giannis Antetokounmpo, who scored 44 points to go along with 20 rebounds and 6 assists in that same game. Antetokounmpo was doing everything for Milwaukee, anchoring their stifling defense while taking on an even greater offensive burden in Khris Middleton’s absence.

Hopefully this time around the clash between the two favorites to win the Eastern Conference turns out to be even better with the addition of Malcolm Brogdon for the Celtics and the return of a healthier Khris Middleton for the Bucks.

If this list of games were to be compared to ornaments on a Christmas tree, this game would be the star on top that lights it up. Arguably, no matchup between two NBA teams comes close to the current rivalry between the Golden State Warriors and the Memphis Grizzlies.

Between the exciting play of two superstar guards in Stephen Curry and Ja Morant, the high tensions on the court after the injuries of Gary Payton II and Ja Morant during their second round game in the 2022 NBA Playoffs, and the dramas off the court on social media, this match will really provide the Christmas spirit.