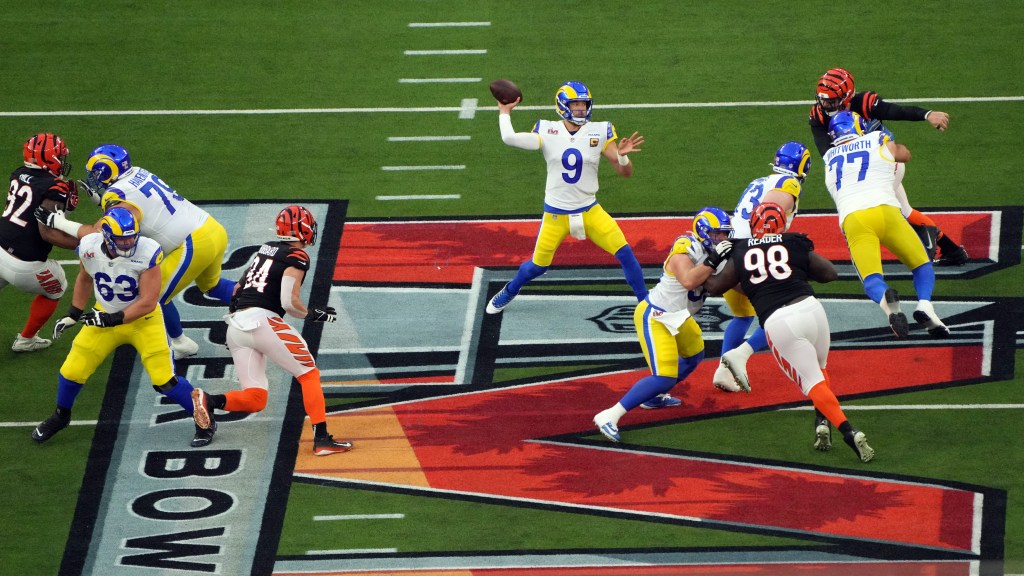 The Los Angeles Rams have been in the NFL spotlight for several years now since they turned things around in 2017 and made the Super Bowl a year later. They’ve been a huge draw for the ratings, which is why they usually get the maximum number of primetime games every year.

They certainly delivered last season in their post-season run, and plenty of fans tuned in to see them play. According to Sports Media Watch, three Rams games were among the 10 most-watched sporting events of 2022 so far. They also played four of the top 14 games by viewership and five of the top 18.

Here’s where each of these games ranked in the top 20:

6. NFC Divisional Round vs. Buccaneers

It’s no surprise that the Super Bowl was at the top, attracting 99.18 million viewers. The NFC title game against the 49ers was also a thriller, and that game drew 50.23 million viewers – more than the AFC championship game between the Chiefs and Bengals, which drew 47.85 million.

The NFL topped this poll, grabbing all of the top 14 spots, with the College Football National Championship coming in at No. 15. And despite the NBA season in full swing in 2022, including the playoffs, the highest rated game in the league. was Game 6 of the NBA Finals, which placed 30th.

Rams training camp preview: Who will take over at OLB to replace Von Miller?