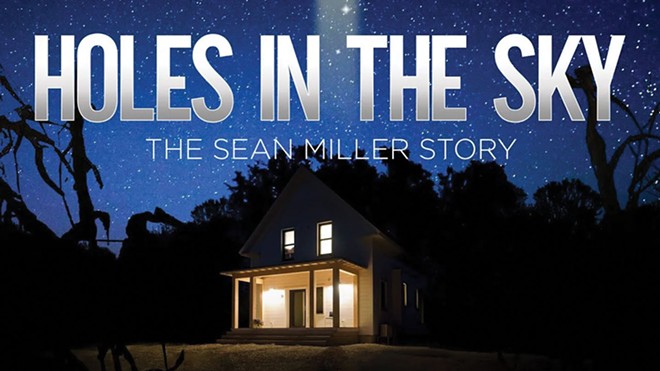 Central Illinois filmmaker Ash Hamilton had written a script and was ready to begin filming in 2020 when everything was turned upside down by the pandemic. He realized that his plans had to be changed and he had to learn to pivot.

“With the screenplay I had written, complications arose and basically my idea imploded,” says the filmmaker, who resides in Loami. Realizing that any project he could take on during the lockdown era would have to be more manageable, he had a new idea and ventured into a genre that many independent filmmakers used for his feature debut.

“I needed something small and controllable, and horror movies have always been in my wheelhouse,” Hamilton recounted.

The result was Holes in the Sky: The Sean Miller Story, a clever and skillfully produced genre exercise that uses the conventions of found footage films to create an incredibly personal and poignant character study. The titular character disappears for four days in 2013 and finds himself over 100 miles from home. Seven years later, he reluctantly agrees to discuss what happened with a nosy filmmaker (played by Hamilton) and his wife (played by the filmmaker’s wife, Chanell Hamilton).

Shot in three months with an additional two and a half months devoted to editing and post-production, the film racked up an impressive number of awards, 18 in all, after being screened at more than 20 film festivals around the world. the world. 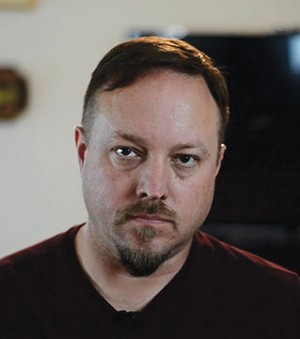 Loami resident Ash Hamilton won multiple awards for his feature debut, which was shot in central Illinois with local actors.

With such an impressive track record, it was only a matter of time before it was picked up for distribution. Deskpop Entertainment will release it via video-on-demand and DVD services on November 1, with additional streaming offerings coming in 2023. However, viewers in the region won’t have to wait that long, as the film will receive a red carpet screening at the Hoogland Center for the Arts in Springfield on September 30 at 8 p.m.

There is a sense of realism that is palpable throughout Holes which ultimately holds him in place. Its fly-on-the-wall quality creates a sense of intimacy with the characters and their situations that help make the film’s fantastical events more immediate, their impact more powerful.

This authentic quality is no accident as Hamilton used his background in making corporate videos to create the film’s documentary sensibility, while the amateur actors, whether they directed it or not, also contributed.

“I do a lot of tabletop games,” Hamilton said, “and with COVID, we had a small circle of friends who came to play. There were professional actors I wanted to work with, but we couldn’t coordinate our So my friends who were coming to play, I talked to them and before they knew it, they were in production.

This catch-as-catch-can approach paid off. The unaffected approach that actor Sean Ed takes as Miller as well as the work of Hamilton and his wife, Chanell, – effectively playing themselves – and Douglas McDonald as the skeptical cameraman, contribute to the aesthetic of you are there that makes the film so effective.

This was not without advantages for the actors. “It’s an interesting sight to go to these film festivals and you see recognizable actors and the way they’re treated, and then you’re treated the same, to a lesser extent,” Hamilton said.

Shot in and around Curran and New Berlin, there’s a sense of isolation to the film that effectively underlines the suspense. That Hamilton was able to complete Holes locally is important.

“When you think of movies, people automatically think they’re made on the west coast or the east coast,” Hamilton said. “I’m from rural Illinois, and it’s important to me to show that a film of this caliber can be made here, to show that we can make it locally. If nothing else, maybe a budding filmmaker or someone studying film in college will see it and be inspired by it.”

Those hoping to embark on a career in film would do well to check out Holes. There is a lot of innovation and inspiration for everyone.

Holes in the Sky: The Sean Miller Story will screen at the Hoogland Center for the Arts at 8 p.m. on Friday, September 30. Visit hcfta.org for more information.