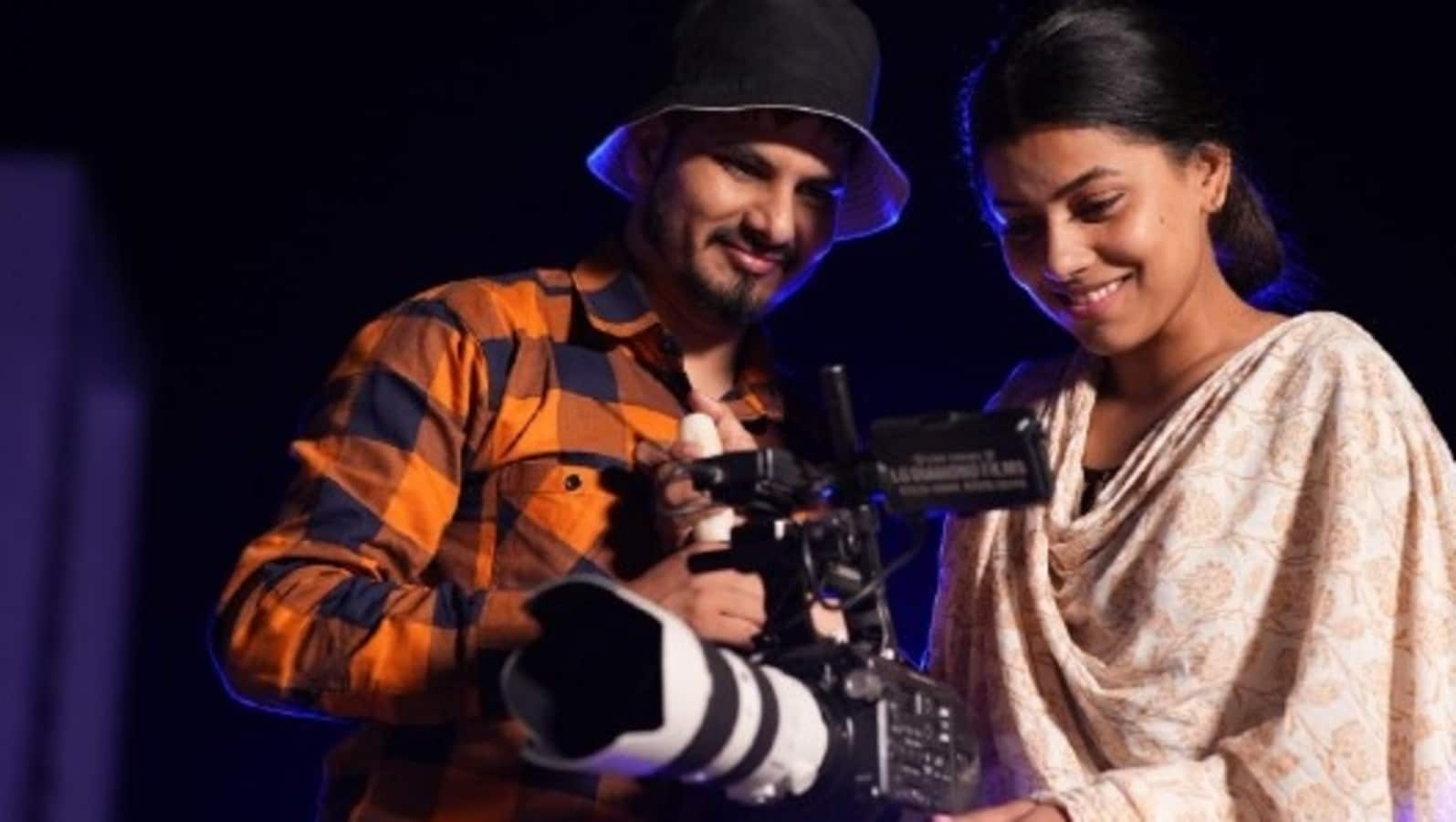 Horror movies are something we don’t expect. Compared to other film genres, horror films are less popular among Indians.

If we talk about the film industry of Punjab, the most popular genres include old love stories, morons and others. These types of movies have always been a trend in Punjab.

Over the years, the film industry in Punjab has produced the same kind of films. The surprising part is that no one has ever dared to change this trend. It’s because the filmmakers aren’t sure if audiences will accept anything new. However, things are about to change with Amina Films.

After decades of watching the same old morons and love stories, the people of Punjab will finally be able to watch something new. Noor’s release from Amina Films is expected to mark a change in the Punjab film industry.

About the movie – Noor

Noor Movie is produced by Ameen Khan. This is Punjab’s first ever horror thriller with Santosh Malhotra, Jagmeet Kaur, Naina, Safar, Raja and Tarun Sheetal in the lead roles. The film is directed by Mahi Bawa, while the assistant directors are Karuna Kashyap and Sandeep Jhaloor, with Harish Chadha being the DOP-director of photography.

Given the growing popularity of OTT platforms, Amina Films figured it would be a good idea to release her film on a popular OTT site. The film is slated for release in July. However, we don’t have an exact date yet.

The possible release date of Noor is in a month and it is already creating a lot of hype among the audience. According to many film experts, horror movies in Punjab are a big no. However, the creators of Noor disagree. Mahi Bawa, the film’s director and screenwriter said that there is always a first time for everything.

Amina Films and her team are thrilled with the big release. They received a lot of support from the general public for their experiment. For the first time, someone dared to break the rule and give Punjabi audiences something new to watch instead of the same old goons and love stories.

The filmmakers are very confident about the film. They expect it to work well. The fact that the film is launched on an OTT platform will be easily accessible to everyone.

Regarding the production process, the film is currently in the editing phase. Everything was done with the utmost care, whether it was photography, for which Harish Chadha (DOP – Director of Photography) is responsible and director Mahi Bawa as well as assistant directors Karuna Kashyap and Sandeep jhaloor spared no effort to make the film the best in its genre.

It was shot in different locations in Punjab. It’s a mid-budget film produced by Amina Films to test the waters.

Main actors and crew of the film Noor

The upcoming film features some of the new faces in the industry.

Written and directed by: Mahi Bawa

There are also other people in the main and supporting roles who worked hard to make this movie a huge success. The list includes Harish Chadha (DOP – Director of Photography), Karuna Kashyap and Sandeep Jhaloor (Assistant Directors). How this film will be received by audiences, only time will tell.

Amina Films is redefining the film industry in Punjab

Amina Movies is an established production house based in Punjab. It was founded by Ameen Khan, a 28-year-old businessman from Malerkotla. He is the founder and producer of Amina Films, while Mahi Bawa is the CEO of Amina Films.

Previously, Amina Films produced a Bollywood movie named “My Half” which was directed by Mahi Bawa.

Amina Films is once again ready to surprise the public. They are all set to release their very first horror movie, Noor. The entire Noor team, including Ameen Khan, expects a lot from this film. After decades of generating similar films, Amina Films finally breaks the chain.

The Amina Films team strongly believes in this film. Even though it is an experimental project for them, they are sure that the film will be well received by the public in Punjab. People are already supporting Amina Films and their urge to reform the Punjab film industry.

Although they were criticized by many film pundits, the creators of Noor did not lose hope. Rather, they strive to make their film a success.

Noor is set to release in July on OTT platforms. But as of now, the exact launch date or name of the OTT platform has yet to be revealed by the filmmakers. We have not yet received the trailer for the film.

Amina Films is founded by Ameen Khan, a young entrepreneur from Malerkotla. He was born on November 9, 1993.

This 28 year old man is an ambitious man who is always on the lookout for something new. Besides Amina Films, he also founded Amina Bazaaran online marketplace for the purchase of fancy numbers.

The CEO of Amina Films is a multi-talented woman. From being a great businesswoman to directing movies, there’s nothing Mahi Bawa can’t do.

The upcoming Noor film is both directed and written by Mahi Bawa herself.

Noor’s release should encourage other filmmakers and producers in Punjab to follow in their footsteps. It is expected to be the best Punjabi horror film and much of the credit goes to Ameen Khan, founder of Amina Films, for taking the initiative to bring a horror film to Punjabi cinemas . How audiences will receive it, only time will tell. But eventually, audiences in Punjab will have something new to watch.

Disclaimer: This is a company press release. No HT journalists are involved in the creation of this content.

$400 Loans No Credit Check: What Credit Score Is Required?