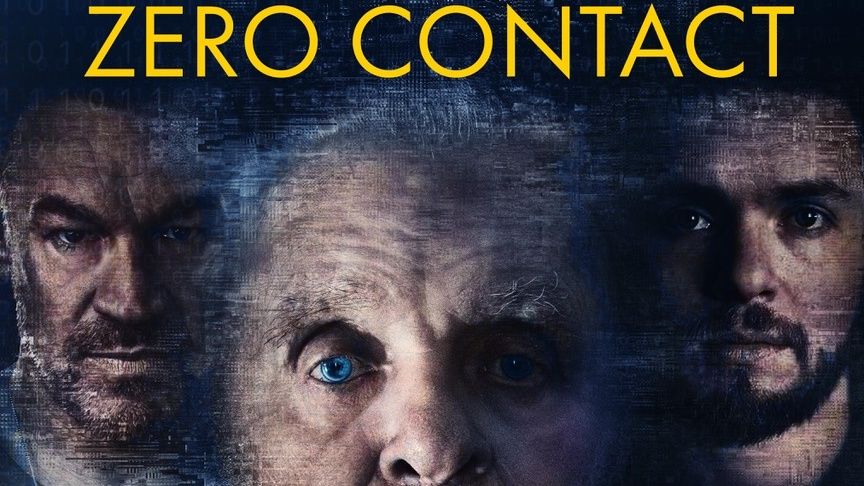 Anthony Hopkins sent shivers down our spines after inserting our Silence of the Lambs VHS tapes into our VCRs. Nearly three decades later, Hopkins will continue to haunt us with a new industry-altering technology: NFTs (non-fungible tokens).

Hopkins stars in a new thriller called “Zero Contact.” It will debut exclusively for consumers as a non-fungible token on Vuelve, the world’s leading direct-to-consumer viewing and distribution platform for NFT-based feature films.

Non-fungible tokens are an artist’s dream, especially in the internet age where copyright infringement is rampant. NFTs use blockchain technology, which underpins the cryptocurrency field to facilitate secure transactions, to package digital artifacts (e.g. music, GIFs, artwork, etc.) with valuable data about the property.

For example, if you purchased a non-fungible token from Eminem, it would be associated with a digital record that would authenticate the source of the NFT. If you wanted to sell the NFT, you would have proof that it is indeed a genuine Slim Shady digital token, thanks to blockchain technology. Both parties are happy; Eminem can sell his NFT-based albums to offset piracy losses, and fans are thrilled to own authentic digital collectibles from their favorite artist.

Likewise, the world of NFT is a breath of fresh air for filmmakers eager to find a new outlet to release their visual masterpieces in a way that benefits both the film industry and consumers. . This is where Vuelve comes in, allowing users to become owners of exclusive, limited-edition NFT cinematic content. On the platform, Vuelve members can watch, collect, sell and trade their NFTs, including Hopkins’ Zero Contact movie.

“Having Vuele’s first-ever film feature such a high-profile star is a major endorsement of what we see as the next frontier for Hollywood and how it will premiere feature films and collectibles surrounding the films. products,” VUELE co-director Cameron Chell said. “Vuele is perfectly positioned to transform the direct-to-consumer entertainment distribution channel.”

Zero Contact follows five characters who live all over the world, but the quintet is bound by their devotion and allegiance to tech titan Finley Hart (Anthony Hopkins). Hart has a secret technological invention that could be deadly. it could be a boon to the human race or an end to humanity as we know it. Thus, the five faithful are determined to stop the machine before it is too late.

Hopkins plays alongside Aleks Paunovic, Veronica Ferres and Chris Brochu. The film was shot during the height of the COVID-19 pandemic.

“We had to innovate every step of the way, filming in 17 countries around the world during a global pandemic. It only makes sense that a film like this would continue its groundbreaking trajectory by revolutionizing the way Hollywood films are created, viewed and shared using blockchain technology,” said Rick Dugdale, co-director of Vuele.

In an email, Chell told us that the NFT-based movie Zero Contact will run on the CurrencyWorks blockchain, which has cross-chain capabilities with Ethereum.

Diving further into the news that the release of Zero Contact may also come with behind-the-scenes footage and other bonus features, Chell added, “The first NFT to be released will be ‘unique’. There will be no further cuts. director that will be like this, no other interview series will be like this. This will be the most unique piece of history for this film, and a piece of history for Anthony Hopkins.

Some of the NFT content will be auctioned and some will be set at a fixed price. “The market will determine the selling price of the Zero Contact NFT,” Chell told us. “NFTs create digital scarcity and the value of that is in the eye of the collector.”

So how can you own a slice of this historic moment in the film? Click on here submit your email to receive an invitation to bid on Zero Contact NFTs when they launch in the near future.