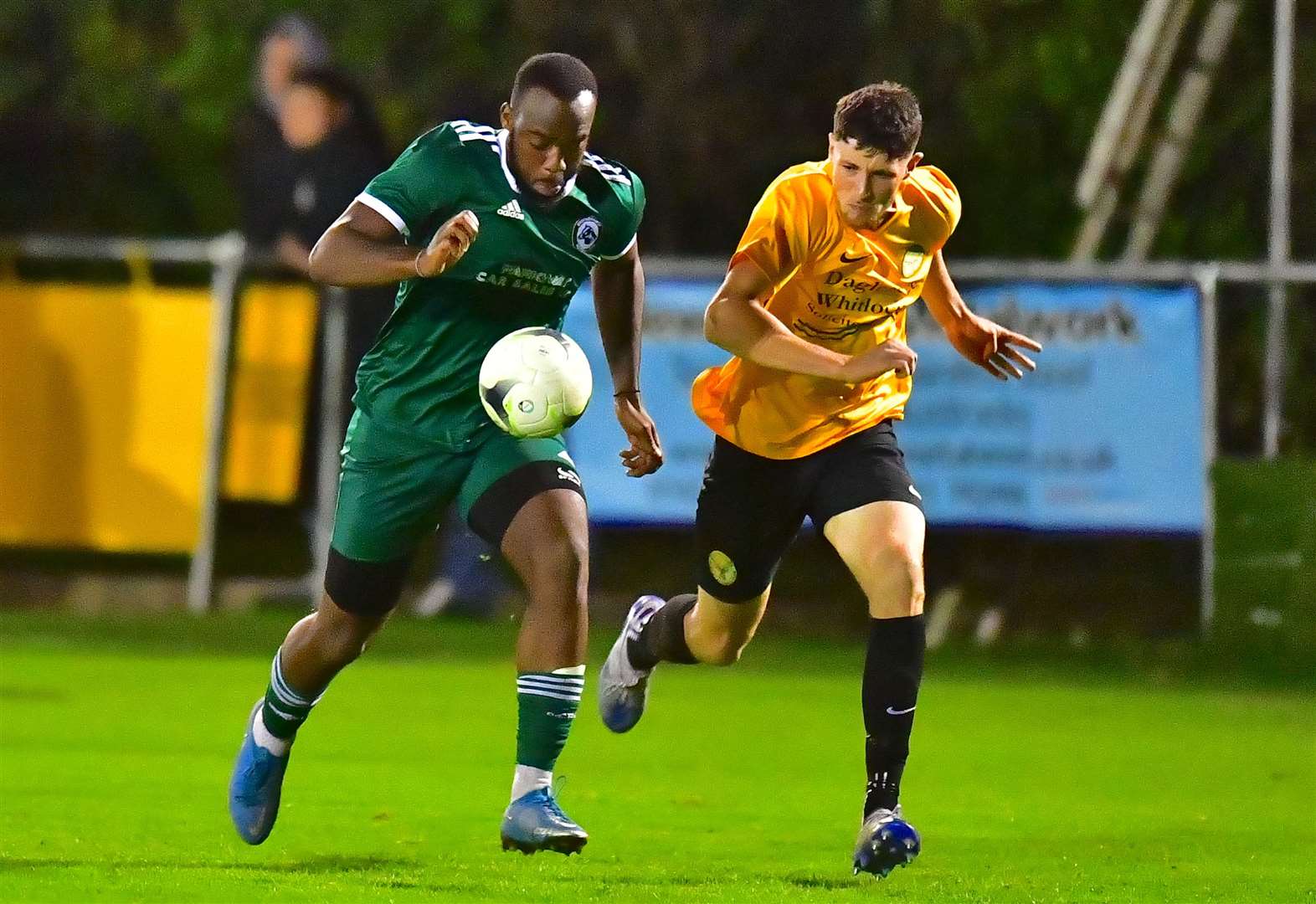 And in the Wessex League Division One, a nine-goal thriller, where Ringwood Town scored an extraordinary last-minute victory to defeat league leaders Bemerton Heath Harlequins 5-4.

Brockenhurst11-game unbeaten streak ended against fifth Bashley, whose performance was led by Harry Bunce, who scored two goals, and goalkeeper Sammy Thompson, player of the match.

Bashley hit the woodwork early with a free kick from Lewis Ross, but Brockenhurst broke the deadlock when 17-year-old Christie Ward fled to capitalize on defensive confusion to sweep the ball under the keeper.

After Bashley got off to a good start, the Badgers were well into the game and it took a superb save at the post from Thompson to thwart the visitors.

After the break, Brockenhurst goalie James Mayo thwarted several chances but was left with nothing when River Smith got the finishing touches from Dan Thompson to equalize.

Six minutes later, Bashley’s Jack Smith sent a well-measured cross into the mouth of the goal, where Bunce jumped Ronaldo-esque before sending a header into the net.

The Badgers responded well, but goaltender Thomson was in great shape and repelled several efforts before Bunce settled the game after going head-to-head with the visitors pushing for an equalizer.

Christchurch picked up a critical point in their fight to avoid relegation, drawing a draw with the Bournemouth Poppies, who are two points higher than the priory outfit.

Christchurch’s form has improved significantly since replacing their manager, with five points collected in the last four games after taking just three points in the previous 16.

Christchurch started the game with anything but relegation fodder as they edged closer to an ambitious bike kick before winning a penalty kick after just 14 minutes. Eder Batista coldly kicked over a diving Harry Gravett.

The Poppies saw a good free kick saved, but in truth, Christchurch facilitated the coming half-goal.

Conor Jevon blew a rock-solid chance above the bar as the hosts searched for a leveler. However, Christchurch may have felt aggrieved when the goal came after his keeper was struck in the air as he kicked the ball into a corner.

Both teams had chances of winning the game, but Christchurch defended resolutely for stretches as they won a well-deserved point.

Blackfield’s Owen Fee, playing his first game since returning from Lymington Town, scored one goal and was the game’s best player.

The rest came from Rafa Ramos, with two, while Sami Makhloufi, Harvey-Joe Bertrand and Wayne Robinson added the others.

Town of Ringwood shocked league leaders Bemerton Heath Harlequins with a last-minute winner in the spotlight from Long Lane.

Ringwood took the lead after 14 minutes when captain Ben Harris delivered a floating ball to the back post for Josh Taylor to cushion a first home finish.

Bemerton equalized 10 minutes after the break before Harrison Clarke won a penalty after having his shirt removed. Harry Smith stepped up to grab his 12th goal of the season and restore Ringwood’s goal advantage.

Josh Taylor made it 3-1 with a tap-in before Bemerton pulled one out.

Nerves on edge, Harrison Fay took advantage of a great advantage played by the referee to finish low in the far corner.

As the game began in added time, Bemerton appeared to break the hosts’ hearts with two quick goals to tie the game at four. However, Charlie Hitchings reacted strongly by shooting at home from eight yards after the ball fell from a corner to delight home fans and end Bemerton’s unbeaten start.