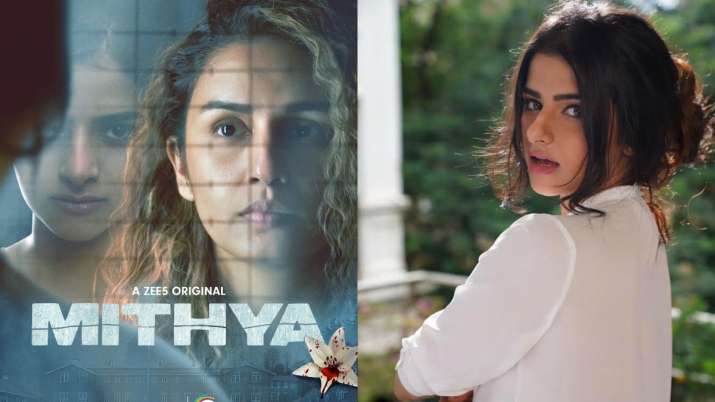 After Abhimanyu Dassani’s arrival in the entertainment industry with the internationally acclaimed “Mard Ko Dard Nahi Hota” in 2018, Bhagyashree’s daughter is now stepping into the glamorous world.

The poster features Avantika Dassani sporting an intense look that creates intrigue for the dark and gritty premise of the psychological thriller drama. Opting for an unconventional and experimental start with a twisted story of two female leads, Avantika Dassani promises a powerful character in her very first screen experience.

Sharing her excitement for the debut and shedding light on her debut project, Avantika Dassani said, “It was an absolute pleasure to take on a challenging character and intriguing story like this, for my very first attempt. also immensely grateful to have worked with an incredibly talented and supportive cast and crew, who warmly welcomed a newbie like me. I hope audiences enjoy watching Mithya as much as we had to.

Set in Darjeeling, the series navigates through the contentious relationship between a Hindi literature teacher Juhi, played by Huma Qureshi and his student Rhea, played by Avantika Dassani. What erupts as a classroom conflict quickly spirals out of control, sparking an unfavorable psychological fight between the two women, leading to fatal consequences and shocking revelations.

Produced by Applause Entertainment in association with Rose Audio Visual Production and directed by Rohan Sippy, Mithya, a six-part series is supported by Parambrata Chatterjee, Rajit Kapur and Samir Soni in key roles.

Clever and Fun, “The Afterparty,” a Genre-Shifting Comedy Mystery Series with a Strong Cast

The best Noisy Pixel games in 2021: some extra awards