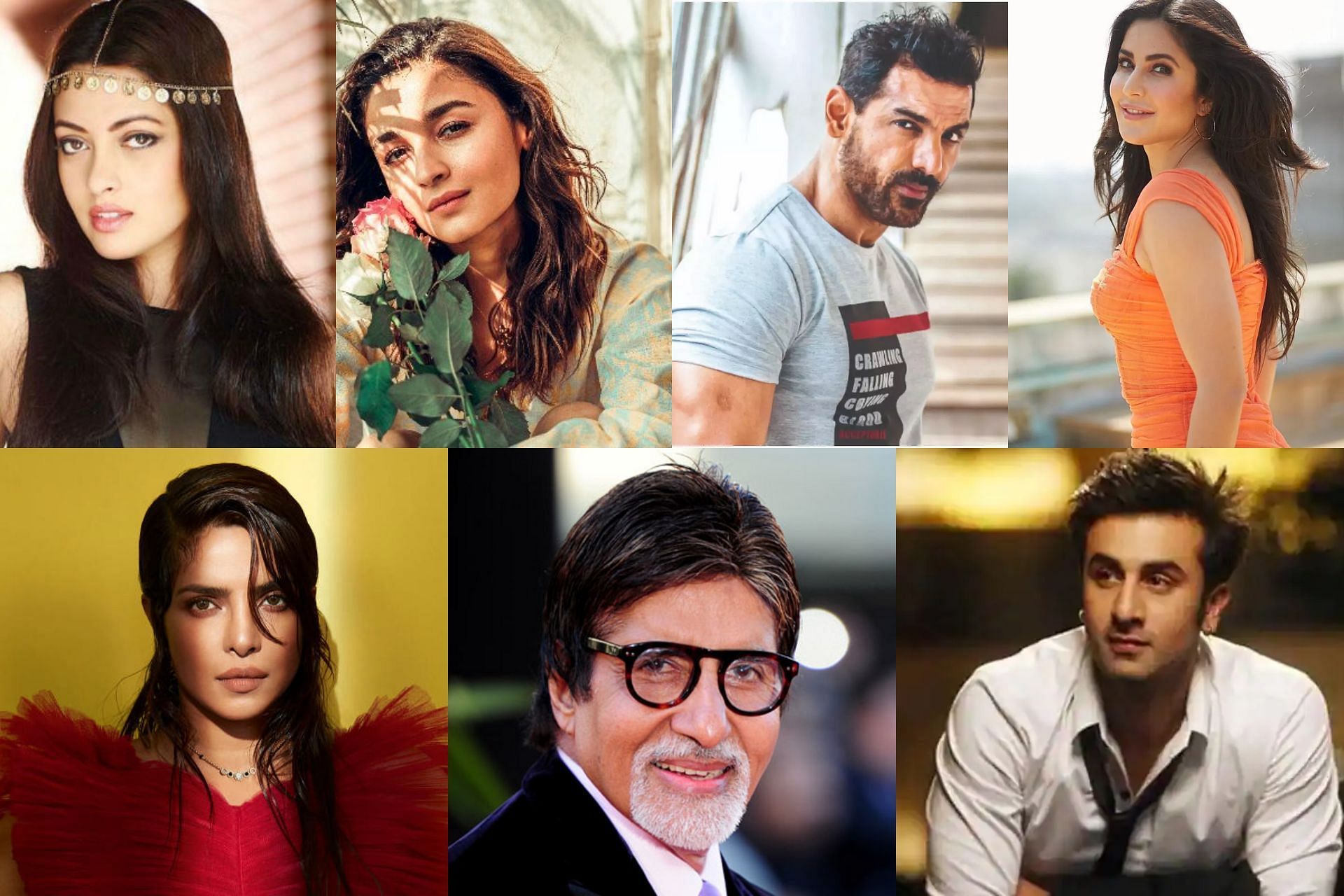 Bollywood has become an increasingly familiar name and genre in the world as we know it, so it wouldn’t be surprising to see some of your favorites in some well-known video games in the future.

In fact, some Bollywood celebrities have even ventured into the video game industry, launching games in their image. Take a look at Shah Rukh Khan’s Ra One game or Aamir Khan’s Dhoom game.

here are a few Bollywood stars who we think would definitely look great in video games, adding some spice to the boring mix of characters we’re so used to seeing.

Bollywood stars who can be cast in video games

It’s somewhat surprising that Priyanka hasn’t starred in a video game yet, considering her huge success in Hollywood and Bollywood. She can land a hardened female character in a spy-assassin action game similar to Hitman or even a survival action game like Lara Croft.

Considering that she is trained for action movies and TV shows like Quantico, she has the muscle and face of an action and survival video game leader. You can imagine him in a role of an undercover detective or cop, which we hope to see in the future.

Yes, yes, we know he’s old, but that doesn’t mean he won’t make a fantastic video game character! Many old video game characters act like sages in RPGs and strategy games, so this silver fox could definitely fit into their narrative. Did we mention that he also enjoys playing video games? He’s a FIFA fan!

Amitabh Bachchan is a name known for his wide array of actors in the media, but is now known for his fatherly and fatherly portrayals in modern movies and TV shows. A character where he plays the role of god or a savvy mafia boss might suit him well. If there’s a Godfather video game in the works, maybe it could be a part of it.

Riya’s talent for dancing and her overall seductive looks could allow her to play a role in a cyberpunk or dance-based game. A Cyberpunk dance game doesn’t sound too bad, honestly.

The dark world with neon lights, punchy beats, and mysterious characters could easily fuel her personality. She could be another force to be reckoned with in a ruthless world.

Since one of her skills is dancing, she has the potential to be a dancing and killing machine. We’ve seen characters like Tekken’s Christie Monteiro and Lucky Chloe incorporate dancing into their fighting styles, so it’s not a far-fetched idea.

Another FIFA fan who seems fit to join the game’s roster. Still, based on the roles he plays well in the movies, we would nominate him as a candidate in the romantic visual novel genre.

He has performed several romantic comedies and romantic roles, with the power to easily make anyone pale with grace.

Sure, visual novels don’t have to be the romance genre, but he does have the role, so why not? He has a face worthy of the genre and the experience to match.

Her acting career has consisted of many high-profile action thrillers that have gone on to make numbers. She brings out the mysterious and alluring femme fatale look of every character she plays.

We could definitely see her being the head of a female-dominated gang, crushing those who challenge her or just the main character in a survival horror series like Resident Evil.

Games similar to Bayonetta and Hellblade could be interesting, with a strong female role carrying the game. She’s here to survive and win without getting too dirty.

Along with her personal interest in fitness, she could play more demanding characters in video games.

With his clean look, he could effortlessly take on the role of a famous assassin or cold-blooded killer in the Hitman series. He’s quite the gamer himself, being a fan of PUBG Mobile and having his own racing game released a few years ago. Even so, the game doesn’t really offer much.

Given his acting career roles, he’s best suited for roles in action or thriller scenes, so putting him in an assassin-themed video game doesn’t feel too far off, is isn’t it? To be fair, you could even put him in a brawler or a fighting game, and he would look great. His muscular physique gives him this attraction.

Alia is best known for her youthful appearance in the Bollywood scene, and we can see her playing a shrewd young adult in a video game, similar to Ellie from The Last of Us series. She has the combined courage and innocence that Would most certainly suit a survival and action-adventure game character.

Additionally, she has a knack for portraying young adults in films, from thrillers and dramas to romantic comedies and coming-of-age genres. She could bring to life a character who could be closer to young adults, perhaps even an episodic coming-of-age video game like Life is Strange.

Good, you have it now! Here are some of the top Bollywood stars who should consider staring in their own video game. Not a half-baked game either, but a complete, fleshed-out video game with massive worlds and gameplay mechanics.

The gaming industry in India is evolving, and we hope to see bigger and better games being made in the future with some of our favorite Bollywood celebrities at the forefront. Oh, and if you’re ever looking for gaming products, head over to OffGamers here! They have all of your gaming needs readily available in one place.

If you want to access the OffGamers store more easily, just download the app available on the Google Play Store or the Huawei App Gallery here. You can shop on the go with a secure payment gateway of your choice!

Stay up to date with the latest Genshin Impact news, leaks and more via our Twitter ID!