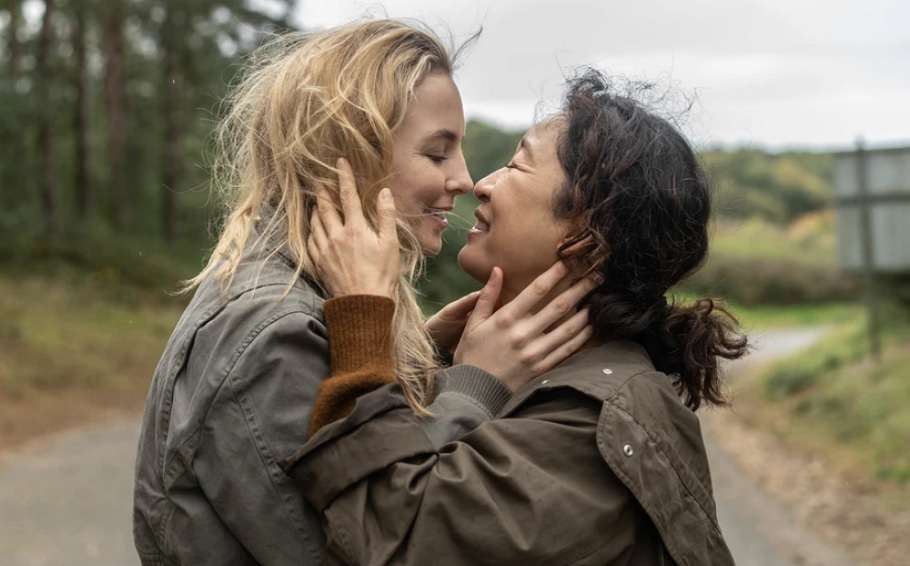 The Emmy-winning spy thriller series, which airs in Australia on ABC iview, ended after four seasons two weeks ago.

And for four seasons, the two women’s cat-and-mouse relationship, will it or not, has made the show a firm favorite among queer fans.

But queer fans were furious about the “heartless”, “cruel” and “unsatisfying” series finale.

In the final scenes of the episode, the two women finally share a kiss before joining forces to defeat the shadowy cabal “The Twelve” together.

But after they embrace, in the final minutes of the episode, Villanelle is shot by a sniper.

Author Luke Jennings said it was a “thrill” to watch the TV adaptation take its story in “unexpected directions”.

He said he also loved “the crackling sexual tension and flying sparks” between the two actresses.

“It is an extraordinary privilege to see your characters brought to life so convincingly,” Jennings wrote in The Guardian.

“You’re never going to like everything the writing team does, that’s for sure.

“But the end of the series surprised me.”

After the finale aired, Killing Eve editor Laura Neal said they discussed many possible endings for the pair. They ultimately decided that the shock twist was the most “truthful”.

But Jennings said: “A truly subversive storyline would have challenged the trope that same-sex lovers on TV series only allowed the most fleeting relationships before one of them was killed.

“How much more darkly satisfying, and true to the original spirit of Killing Eve, for the couple to walk into the sunset together?

“Spoiler alert, but that’s how it felt to me writing the books.

“I had learned in advance the outcome of the final episode, and I suspected, correctly, that the fans would be upset.

“But to those fans, I would say this: Villanelle lives. And on the page, if not on the screen, it will come back.”

a genuinely friendly reminder that this is how the books end: them together, living their lives happily. 💞 Villanelle doesn’t die and gets a degree in linguistics. #killingeve #villaneve pic.twitter.com/eDAAs31jUS

The final season of Killing Eve airs in Australia on ABC iview. Previous seasons are also available to watch on Stan.

For the latest lesbian, gay, bisexual, transgender, intersex and queer (LGBTIQ) news in Australia, visit qnews.com.au. Consult our latest magazines or find us on Facebook, TwitterInstagram and YouTube.