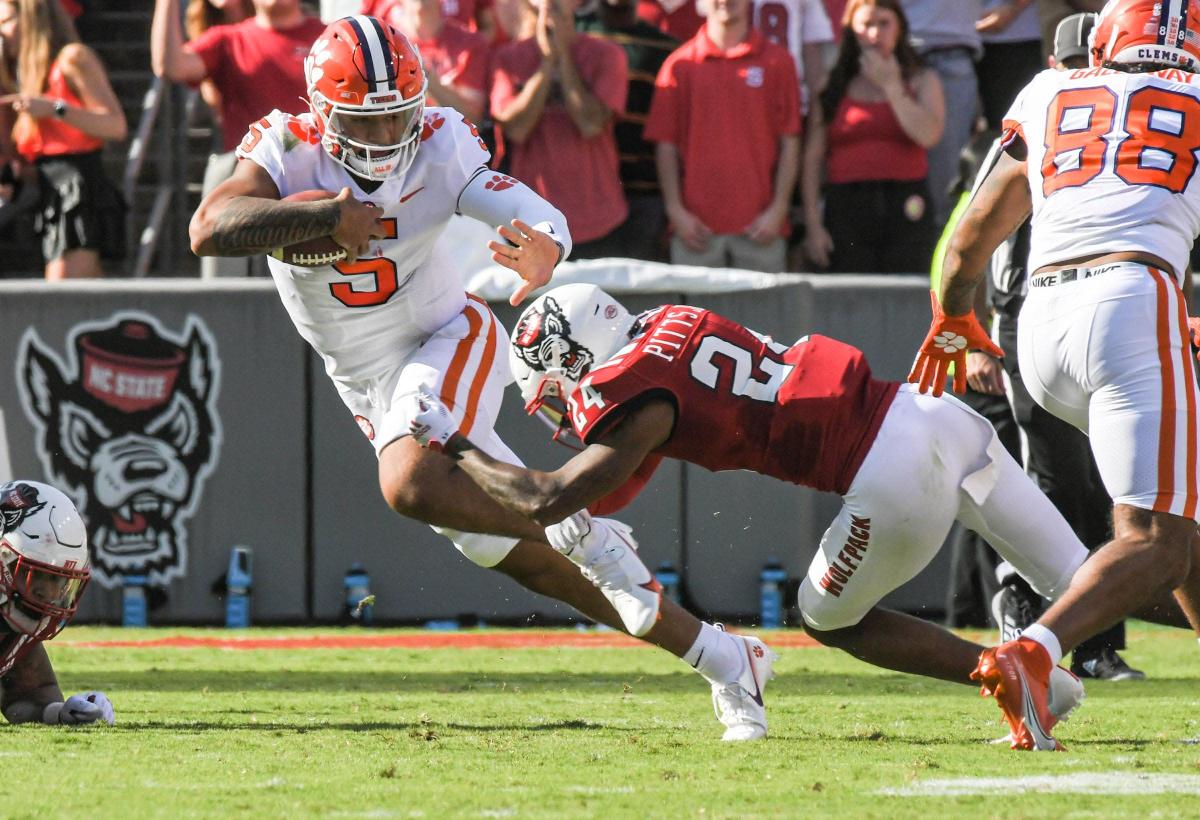 Clemson has a shot at getting revenge on an ACC team in 2022.

Following last season’s double overtime loss to NC State, the Tigers will host the Wolfpack at Memorial Stadium on October 1. In the rematch, head coach Dabo Swinney and his team will get the chance to start a new winning streak against NC State after winning eight straight matchups since 2012.

According to CBS Sports’ Chip Patterson, NC State at Clemson is the fourth-best revenge game of the 2022 college football season, behind Texas A&M at Alabama, Michigan at Ohio State and Oklahoma State at Oklahoma.

Here’s what Patterson had to say about Clemson’s rematch with NC State in 2022.

Second of Clemson’s three 10-3 “low year” losses in 2021, NC State was able to make it clear early in the season that the ACC was wide open with the Wolfpack’s 27-21 double-overtime thriller. The Tigers’ solid reputation as kings of the conference was already shaky after tallying just two offensive touchdowns in its first two games against FBS opponents, and NC State was poised for a series breakthrough after a few close calls in eight games. losing streak. Now Clemson is targeting the Wolfpack and the rest of the conference as they look to get back to the ACC Championship Game and the College Football Playoffs, but neither of those goals will be as attainable if the Tigers don’t get revenge. . against the Wolfpack in early October.

Although NC State ended Clemson’s winning streak last season, the Wolfpack haven’t defeated the Tigers at Memorial Stadium since 2002 and are 11-27 on the road against them.

In last season’s loss to NC State, Clemson lost 27-21, a game in which the Tigers offense struggled to move the ball. Clemson had 214 yards on 10 first downs and was 2 for 11 on third down. To make matters worse for the Tigers, running back Will Shipley and defensive tackle Bryan Bresee suffered injuries that forced them out of the game.