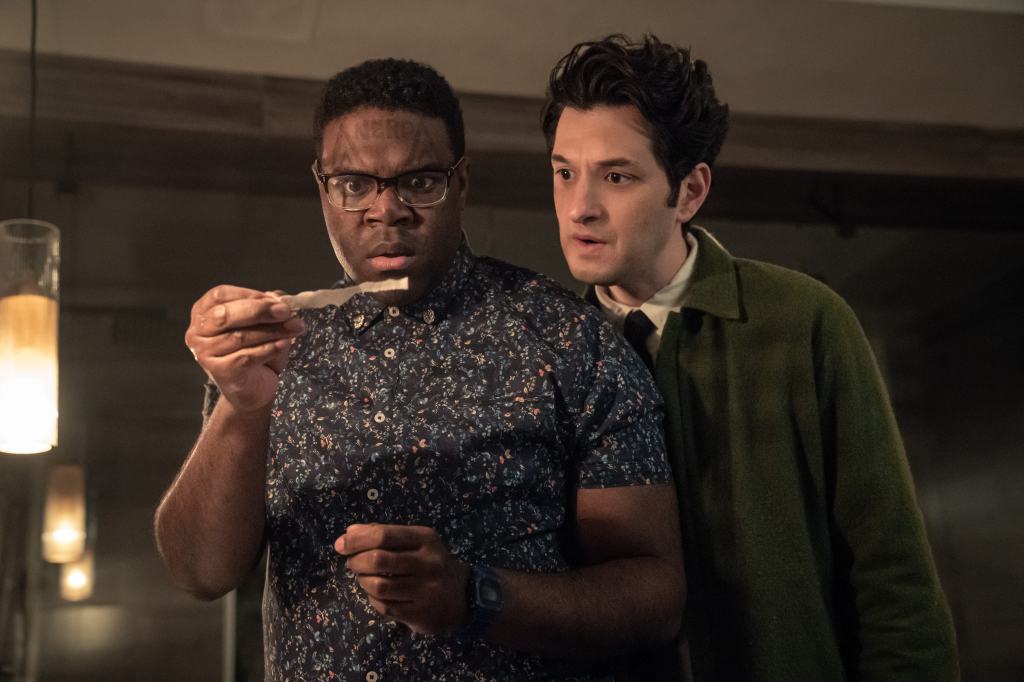 Clever and Fun, “The Afterparty,” a Genre-Shifting Comedy Mystery Series with a Strong Cast

“The Afterparty” arrives just in time.

The new Apple TV+ murder mystery comedy series — which debuts with three episodes this week — comes on the heels of another clue-obsessed laugh fest, Hulu’s “Only in the Murder in the Building.”

And while ‘The Afterparty’ doesn’t possess the same high-profile star power – co-created by Steve Martin, the charming but deadly ‘Only Murders’ saw the oddball veteran share the screen with his comedy collaborator from longtime Martin Short, as well as the much younger but wildly popular Selena Gomez — his ensemble is jam-packed with well-established comedic talent.

Perhaps as important: “The Afterparty” is the latest product from producing partners Phil Lord and Chris Miller. Aka Lord Miller, the pair have been involved, to varying but significant degrees, in the enjoyable franchises “Cloudy With a Chance of Meatballs,” “21 Jump Street,” and “Lego Movie.”

Produced by Lord Miller, “The Afterparty” is created, directed and co-written by Miller, who deserves a lot of credit – at least for the first three installments, which critics are allowed to write about now.

This trio of episodes, in addition to being often hilarious and clever, illustrates what sets the series apart: each portion, while focusing on a character, also plays with a cinematic genre, such as action or romantic comedy.

“The Afterparty” takes place the night of a 15-year-old high school reunion in Northern California, a well-attended affair thanks to the expected attendance of Class of 2006 star Xavier (Dave Franco). With the hit album “Somebody Xave Me” and movies like “Hungry, Hungry Hippos” and the Hall & Oates biopic “Private Eyes” under her belt, the nerdy young star arrives by helicopter.

However, Xavier isn’t on the mind of class member Aniq (Sam Richardson), the handsome designer and escape room geek, when he arrives. He was engrossed in a very friendly text from his former classmate Zoe (Zoe Chao), the recently divorced school principal. As Aniq tells his friend and classmate Yasper (Ben Schwartz), he regrets never raising their status above being partners in chemistry class.

Oh, poor Yasper. He is consumed with Xavier, his former high school ska band partner Skarpedium. An audio-video expert who always aspires to break into the music world, the optimistic and enthusiastic Yasper desperately wants Xavier to appear on one of his tracks to give him a major boost.

Because Xavier’s attention at the meeting is, like Aniq’s, focused on Zoe, he draws the ire of not only Aniq but also Bret (Ike Barinholtz), who is still Zoe’s husband – only because that he didn’t sign the divorce papers.

They, along with others who may have a big gripe with Xavier for one reason or another, meet up at the afterparty he’s hosting at his cliffside mansion. So there’s no shortage of suspects after Xavier was found dead, lying under the cliff, atop his ridiculous – and ridiculously overpriced – hat.

Enter Detective Danner (Tiffany Haddish), who has reason to want to solve the crime that night, and his impatient junior partner, Detective Culp (John Early).

The first episode centers around Aniq’s version of events, which, as Danner notes as a guide for viewers, has a decidedly rom-com vibe. (She mentions her third-act issues but is generally into it.)

The second episode, Bret’s, borrows from action movies, as the character sees himself as way cooler than he actually is.

This first batch of sometimes steamy episodes ends with the Yasper-centric musical chapter, in which the character sings about a second chance and, hilariously, what it’s like to wait while the points of an important text exchange suggest that the other person is writing… something. But what? WHAT?

We’ve been led to believe that an upcoming episode, Zoe’s, will delve into animation, while Ilana Glazer’s chapter about Chelsea, a heavily boozed train wreck that peaked in high school, will borrow heavily from thrillers. psychological.

While all of this inventiveness does Miller and a group of writers credit, the on-screen talent also deserves plenty of praise.

While we look forward to more screen time for former “Broad City” star Glazer and Chao (“Love Life”), these early episodes are buoyed by wonderful performances from Richardson (“Veep”), Barinholtz (“Blockers”), Franco (“The Disaster Artist”) and, last but not least, Schwartz (“Space Force”, “Sonic the Hedgehog”). None of these actors step out of their comfort zone; instead, they deliver performance built around what each does well, which pays off with yucks to spare. (Schwartz, in particular, is so good at comedy that we’re sure he would have made us laugh if he stood still for half an hour.)

Sadly, the normally hilarious Haddish (“Girls Trip”) elicits only moderate laughs, while Early — a big reason why “Search Party” was brilliantly funny at times — moves the needle even less, sadly.

Still, we can’t wait for “The Afterparty” to rage through the investigative night. Considering the consistent directorial hand that Miller shows in these early episodes, which run around 30-45 minutes in length, it should be a fun ride through the finale.

And while we don’t claim to have spotted much, clues are said to relate to various elements of the series, such as costume design by Trayce Gigi Field (“Barb and Star Go to Vista del Mar”).

And speaking of clues, the series draws much of its inspiration from the still fun after all these years 1985 comedy mystery “Clue,” based on the classic board game.

(OK, we’re going to play. It was Zoe. On the balcony. With our bare hands. We’re probably far away.)

Even if future episodes aren’t quite as strong as those first three, “The Afterparty” should help us hold on until the announced second season of “Only Murders.”

What: Eight episodes of the first season of a crime comedy series.