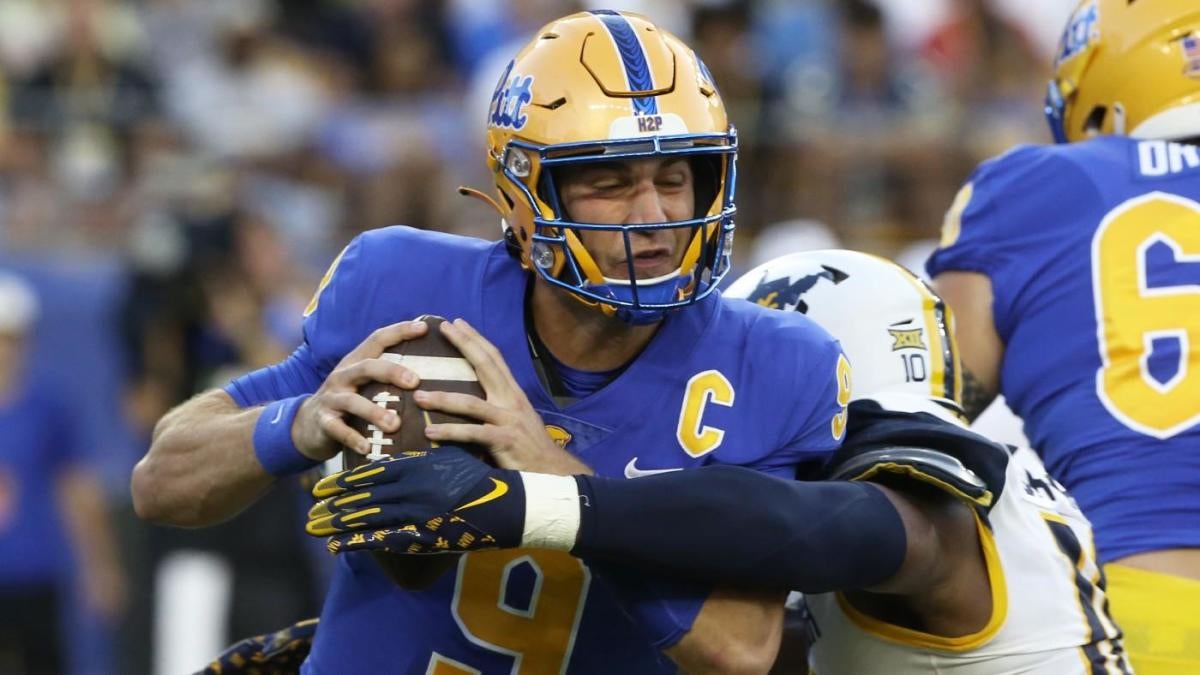 Week 1 of the college football season started with a bang Thursday night, thanks to 16 games that provided a great appetizer for what lies ahead for the rest of the weekend. The night’s headlining game between No. 17 Pittsburgh and West Virginia lived up to expectations, as the Panthers escaped with a 38-31 victory in a thrilling finish.

The Mountaineers took a 31-24 lead with 10:37 remaining in the first Backyard Brawl since 2011, but the Panthers came alive in the end with a 56-yard interception return for a halfback touchdown. MJ Devonshire corner with 2:58 remaining. It was the first of two picks of six in Thursday’s action, the second coming from Purdue’s Chris Jefferson against Penn State. The Nittany Lions were able to narrowly survive that mistake for a dramatic 35-31 victory.

These results are just two of a handful that stood out from Thursday’s action. In other notable games, No. 12 Oklahoma State held off a late charge from Central Michigan for a 58-44 victory. The Cowboys got six total touchdowns from quarterback Spencer Sanders, but their defense looked suspect in the second half. Elsewhere, No. 22 Wake Forest handled matters against VMI with a 44-10 win, Tennessee outscored Ball State 59-10 and Missouri overcame a slow start to beat Louisiana Tech 52-24.

What is the easiest credit card to get? | Credit Card News and Advice