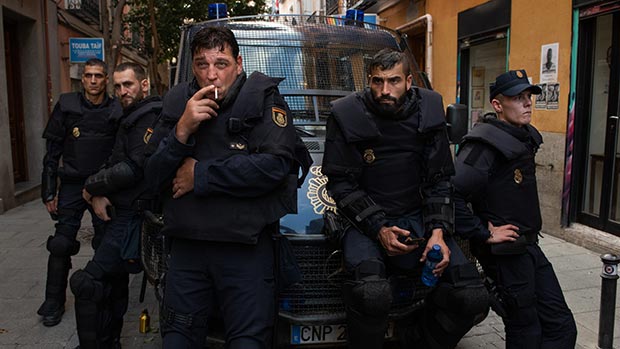 The Walt Disney Company (TWDC) has unveiled a slew of new content for Disney +, including its first original scripted title from Spain.

Balenciaga (working title) tells the story of the son of a seamstress and fisherman who would become one of the most prominent fashion designers of all time.

Created by Lourdes Iglesias and Jose Mari Goenaga, Jon Garaño and Aitor Arregi (The Endless Trench), the limited series is described by Disney as a story about the search for identity while overcoming adversity and defying social conventions through changing times.

It brings the number of green-lit titles in Europe to 21, comprising 16 scripted series and five unscripted series from the UK, France, Germany, Italy, Spain and the Netherlands.

Disney EMEA has acquired Rodrigo Sorogoyen and the Spanish crime thriller from Movistar + Antidisturbios and will launch it on Disney + in the coming year.

Last week, TWDC pledged to step up investment in local and regional content for Disney + after the streamer experienced its slowest growth period to date.

The Mouse House aims to research, develop and produce a roster of 60 originals by 2024 in the EMEA region, as part of a larger strategy to bring more original content to Disney +.

In the United States, Disney commissioned the live-action series The Spiderwick Chronicles, based on the books of the same name previously adapted by Nickelodeon Movies in 2008.

The series will be produced with Paramount Television Studios and Disney-owned 20th Television, and is described as a modern coming-of-age story combined with a fantasy adventure.

Baymax, meanwhile, is a spin-off of Big Hero 6 and marks the very first animated series from Walt Disney Animation Studios. It will air exclusively on Disney + from next summer.

Disney also rebooted Cheaper by the Dozen as a new Gabrielle Union and Zach Braff film; commissioned Disenchanted, a sequel to the film Enchanted, starring Amy Adams and Patrick Dempsey; and announced Rodrick Rules, a spin-off of Diary of a Wimpy Kid.

Meanwhile, in November and December of this year, Disney + in the UK will launch a new show or movie every week, including Marvel’s Hawkeye, Ridley Scott’s The Last Duel, Encanto and National Geographic’s The Rescue.