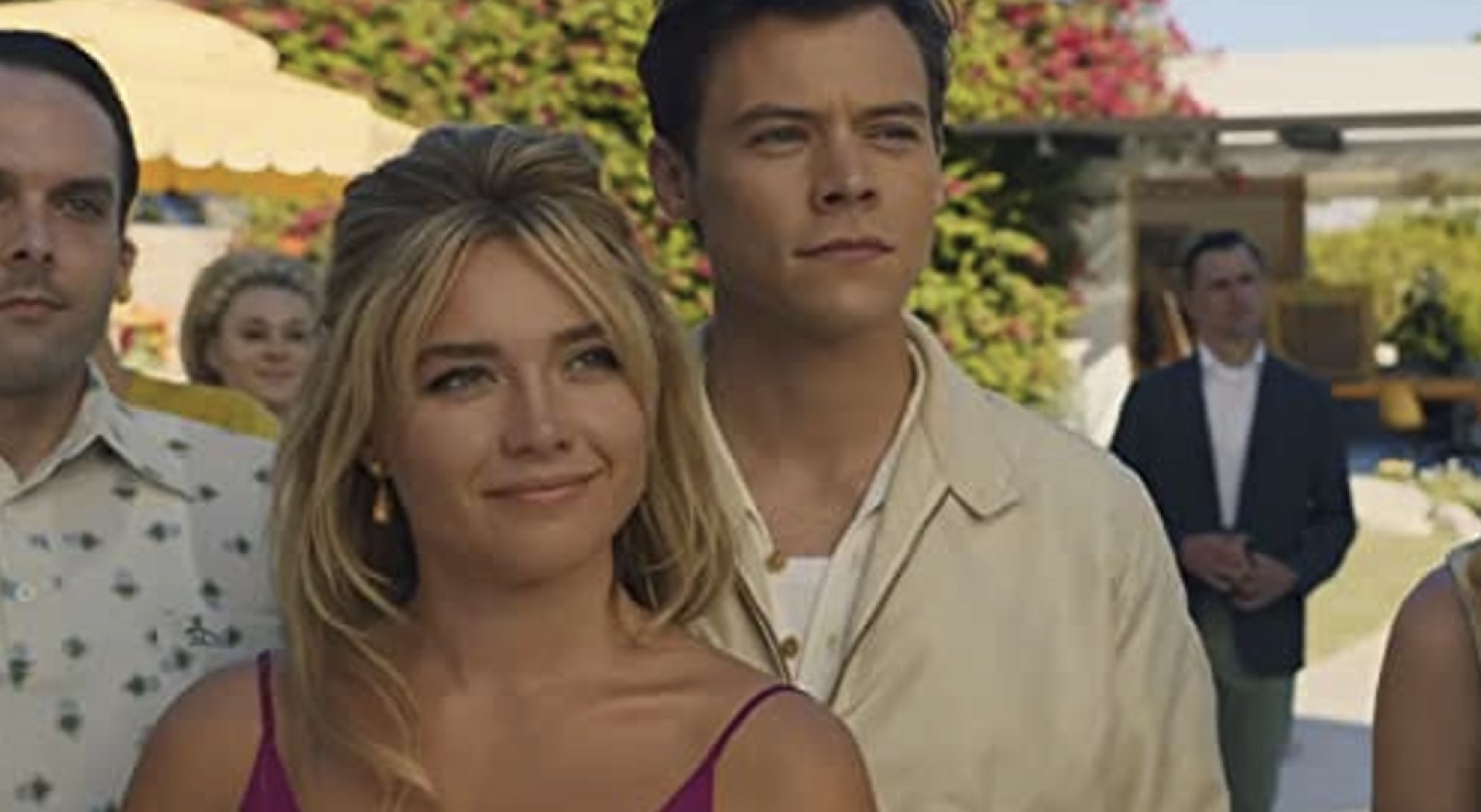 If you’ve been on the internet at some point in the last month, you’ve probably seen the drama surrounding the don’t worry darling movie release. Harry Styles, a music icon and one of the film’s stars, and director Olivia Wilde refuse to look each other in the eye, and actress Florence Pugh seems to have no desire to rub shoulders with some cast members.

Here’s what we know: Shia Labeouf was originally cast as Styles’ role as Jack in the film. Wilde claims she fired Labeouf, but leaked conversations between the two shows that Labeouf may have left due to lack of rehearsal time between the cast. Wilde also reportedly begged Labeouf to come back, which people think is why there seems to be tension between Wilde and Styles.

Pugh also appears to take issue with a potential romantic relationship between Styles and Wilde. And Wilde strongly promoted don’t worry darling talking about the sex scenes between Pugh and Styles because they emphasize female pleasure instead of just male. In an interview with Harper’s Bazaarhowever, Pugh said she did not like that the film was “reduced” to its sex scenes.

Despite all the negative press, the film earned the seven-minute standing ovation it received at the Venice Film Festival. don’t worry darling keeps his audience’s attention, creating suspense at every turn.

don’t worry darling is a mash-up of Jordan Peele’s thriller get out and Peter Weir’s disturbing exploration of false realities in The Truman Show. Like the films of Weir and Peele, Wilde creates an atmosphere that feels offbeat from the start, and it makes audiences want to keep watching to figure out why.

The film opens with an old record spinning at a party at Jack (Styles) and Alice (Pugh). The party scene seems normal, with adults drinking cocktail after cocktail, playing board games and dancing like drunk teenagers.

An eerie sense of monotony dominates the film’s depiction of revelers returning to their daily routines, making it all feel like a simulation. When all the husbands leave for work, their cars retire at exactly the same time. While husbands are at work, their wives stay at home and in the community. They run errands and clean the house, but are forbidden to leave the community or visit the area where their husbands are supposed to work on the mysterious “Project Victory”, run by Frank (Chris Pine).

The set and costume design stand out as the film shapes Jack and Alice’s community, and although the film is set in the present day, it has a retro feel. Dated models of the husbands’ cars and the wives’ 60s and 70s style dresses add a vintage touch to the modern thriller.

Community members have no cell phones, only landlines, and the women listen exclusively to the radio throughout the day. Invoking a past works well with the film’s investigation of this community of control, as a handful of cults, including the Manson Family and the Peoples Temple, have come to national attention during these decades.

The sound design, especially with the radio, is the element that best creates unease in the community. It airs inspirational shows about the importance of sacrifice and “supporting the mission of the community.” Many twisted scenes in the movie have an annoying hum in the background that gets louder as the intensity of the scene increases.

While Styles’ focus in the film has been highly criticized on social networks, there’s a reason – revealed at the end of the film – why he’s the only Brit in the community. While the film’s length grabs your attention, there are plenty of confusing elements that don’t necessarily add to the plot or make it any clearer.

In a strange and unnecessary scene, Frank watches Jack and Alice make love in one of the rooms in his house. It seemed to serve no purpose other than to prove that Frank is scary, which was already evident based on the propaganda speeches he gives to the community.

Pugh’s role as Alice is the star of the film. She delivers a compelling performance as a woman struggling to understand this community and to maintain her sanity as she is enlightened by the men and other women around her.