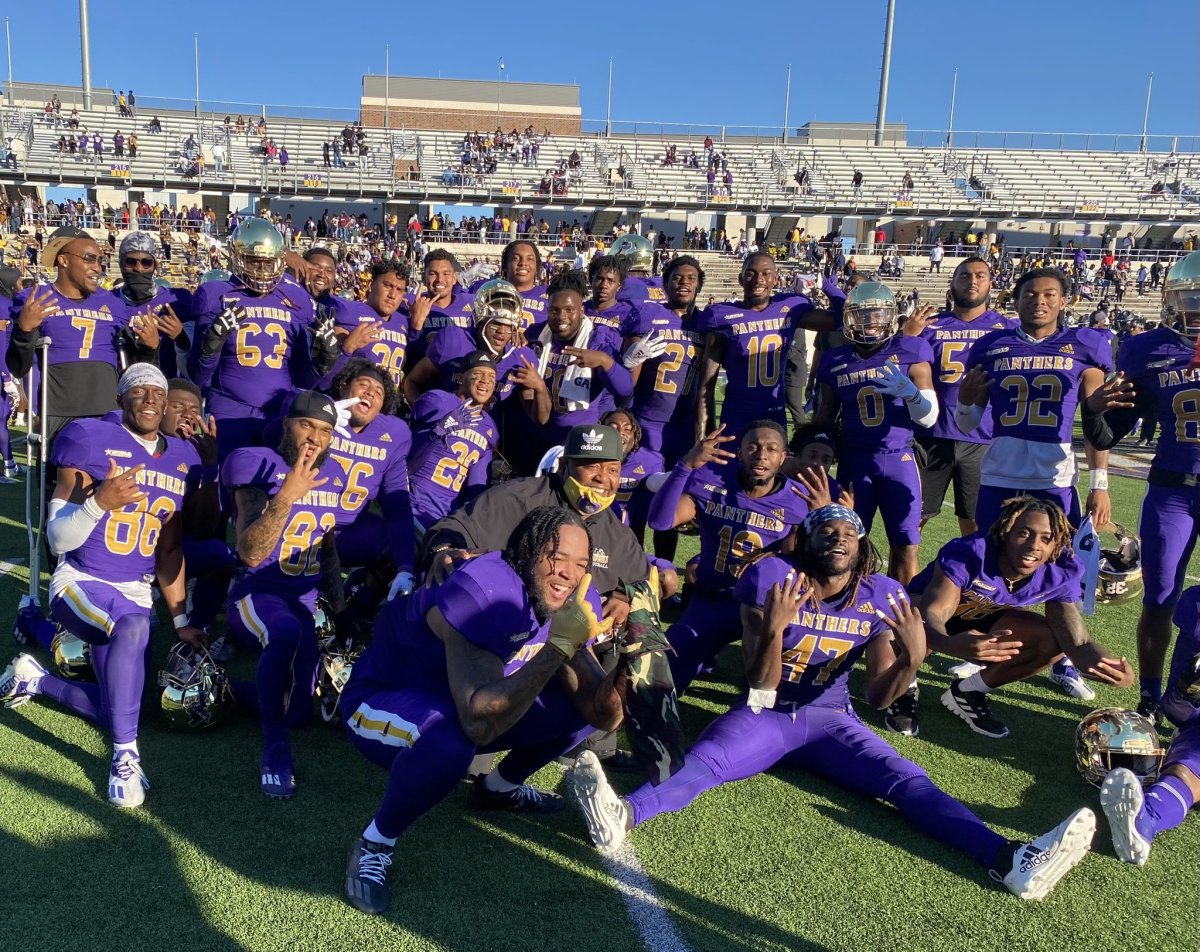 Week 10 in HBCU football has had its share of slow starts, tight games, surprising upsets, overtime and beatings.

At this point in every year of college football, you either have it or you don’t. It’s the Davids vs. Goliaths! But sometimes those who don’t go out of their way and play the game of a lifetime and beat the biggest, strongest, most skilled opponent – when they certainly shouldn’t have.

Jackson State and FAMU got scared at first, Norfolk and Alcorn didn’t see it coming, Johnson and Livingstone scuffled (literally) and the conference champions took care of business.

Big Home wins in the MEAC

North Carolina Central (4-5, 2-1) was not “hanging out like fools” on Homecoming weekend in Norfolk State. The Eagles came back from a 21 point deficit in the second quarter, regained the lead and faced the Spartans to win in a double overtime thriller!

The fall of Norfolk State (6-3, 2-1 MEAC) in conference action was their first of the season. The Spartans hurt their conference chances slightly, but all is not lost for the Coach Odums team.

South Carolina State (5-4, 4-0) won a defensive battle and took the lead to claim the MEAC title. SCS is having a tough game hosting NC A&T on Saturday, November 13th. The Bulldogs must win to stage an epic clash with Norfolk State on November 20 to settle the MEAC.

Next weekend’s showdown between NSU and Delaware State will be filled with drama. If the Spartans win, the Nov. 20 game will become the deciding contest for the crown as the Bulldogs have already defeated the Eagles.

What happens next for HBCU Sports? Don’t miss any HBCU news and analysis! Take a second and sign up for our FREE newsletter and get the latest HBCU Sports news delivered to your inbox!