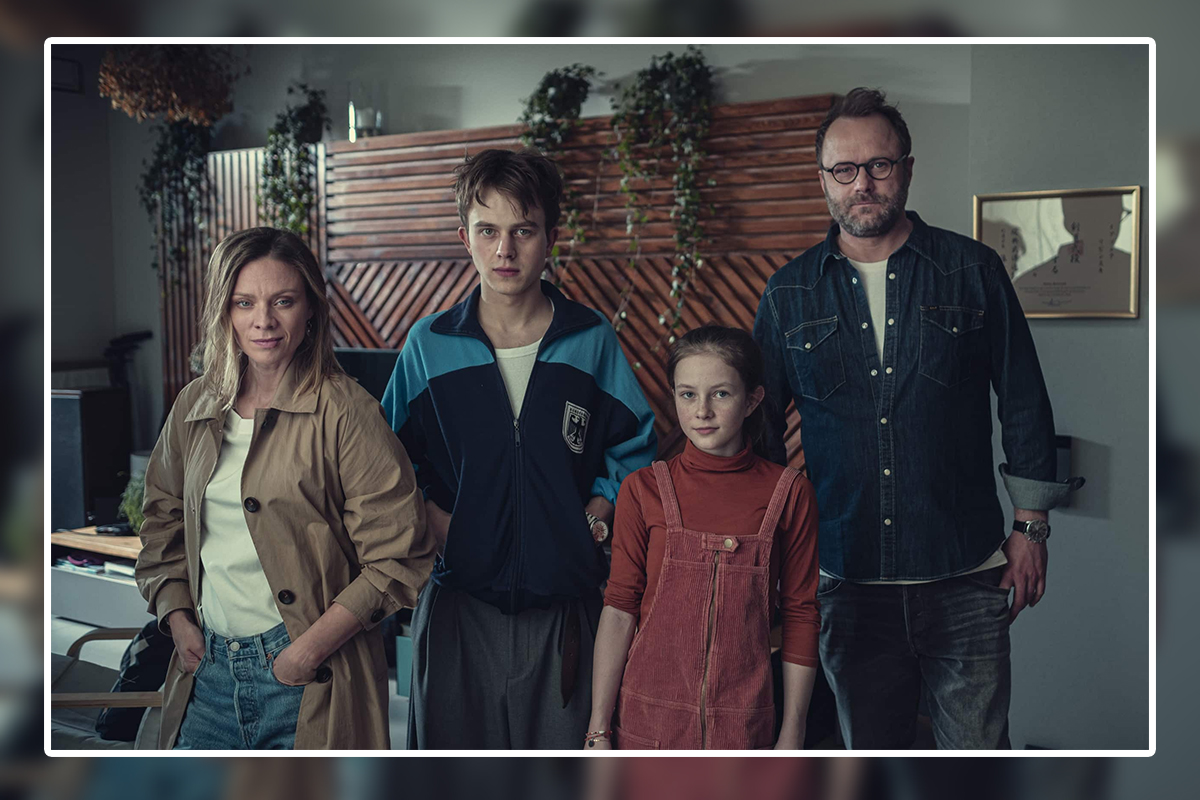 Hold Tight Season 1 Update: Michal Gazda and Bartosz Konopka have created this upcoming Polish detective series “Hold Tight”. The setting of the plot is primarily an upmarket housing estate. The life of the inhabitants of this community is calm and closely intertwined. But trouble enters their peaceful life as eighteen-year-old Adam goes missing.

Terror soon spreads among all. And when the teens in the community decide to investigate the case, their concerned parents take every step to protect them.

The actors of the series are Magdalena Boczarska, Leszek Lichota, Agnieszka Grochowska, Grzegorz Damiecki, Bartlomiej Topa etc. The series is set to release in the United States on April 22, 2022 on Netflix.

Before the series hits the streaming site, there are other TV shows that you can definitely watch that are very similar to this one.

Panels-
Number of seasons: 2
Blazej Przygodzki and Przemyslaw Hoffmann created this Polish detective series. The setting of the plot is the fictional town named Sowie Doly located in the Owl Mountains. But when a murder occurs near a local lakeside mine, new Commander-Commissioner Michal Trela ​​begins to investigate the case.

He moved to town with his daughter recently. His investigation uncovers threads that connect this murder to the unsolved case of the murder of a student some years earlier.

Andrzej Konopka stars as Commissioner Michal Trela ​​in the series. Helena Sujecka, Michal Czernecki, Piotr Trojan, Miroslaw Kropielnicki are part of the cast of the series. The series premiered on October 10, 2018 on AXN.

Capitani-
Number of seasons: 1
Christophe Wagner directed this Luxembourg detective series which opens with the discovery of the body of Jenny Engel, a fifteen-year-old boy near a fictional village called Manscheid located in northern Luxembourg. To solve this case, the titular inspector Luc Capitani is called from the south.

Local police officer Elsa Ley assists him. Despite Capitani’s struggle to deal with the mentality of the villagers, he and his assistant delve deeper into the mystery of the case to uncover the fact that the villagers know more than they claim to know.

1983-
Number of seasons: 1
Joshua Long created this Polish crime television series that takes place in an alternate timeline. In 2003, a coordinated terrorist attack occurred in Poland, changing the course of history.

The Iron Curtain remains in place and the Cold War is not coming to an end. Amid this tumultuous situation, Kajetan, a law student and investigator from Anatol, MO unearths a controversy that may be fuel for a potential revolution.

Maciej Musial and Robert Wieckiewicz play the roles of Kajetan and Anatol respectively. Michalina Olszanska, Zofia Wichlacz, Andrzej Chyra, Ewa Blaszczyk, Miroslaw Zbrojewicz, Patrycja Volny are part of the cast of the series. The series premiered on November 30, 2018 on Netflix.

Ultraviolet-
Number of seasons: 2
Wendy West created this Polish television series which revolves around a thirty-year-old woman who returns to Łódź, her hometown.

The woman is Ola Serafin. But when one night she witnesses a mysterious and intriguing incident, she decides to work with a group of amateur detectives. The detective group works on unsolved cases.

The Queen and the Conqueror-
Number of seasons: 1
Johhny Ortiz created and Juan Carlos Vasquez and Camilo Villamizar directed this Colombian historical series that tells the story of the founding of the city of Cartagena de Indias which is of major importance in the Americas. It revolves around the fierce indigenous woman Catalina de Indias who sets out to get revenge on Pedro de Heredia years after he betrayed her and her people.