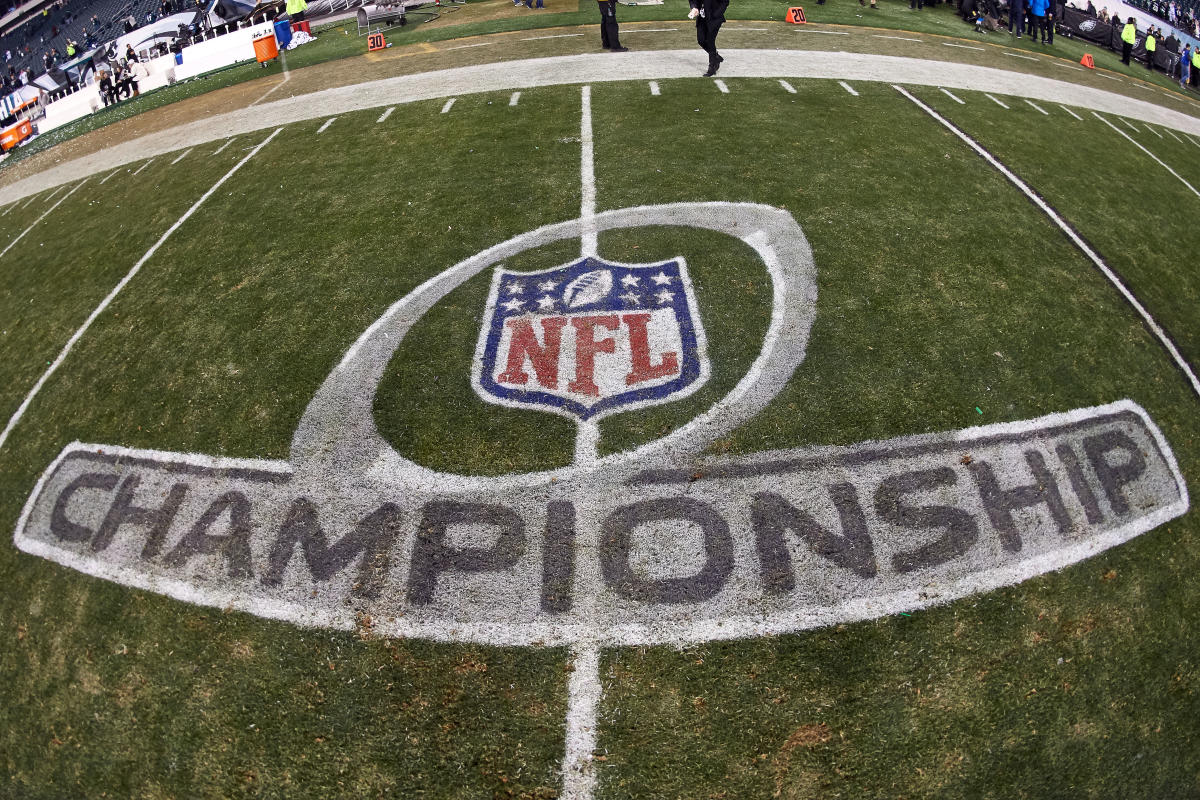 After a relatively slow start to the playoffs, the NFL delivered an incredible four Division Round games this weekend.

If that’s any indication of what’s to come, fans are going to be in for a wild championship Sunday.

The AFC and NFC championship matchups are scheduled for next week, with a trip to Super Bowl LVI on the line. Here’s everything you need to know.

The Bengals continued their playoff run Saturday and earned their first-ever road playoff victory in team history. The Bengals threw a game-winning field goal as time expired to eliminate the top-seeded Tennessee Titans. After going more than 31 years without a playoff win and since the 1988 season without reaching a conference title game, the Bengals will have a chance to reach the Super Bowl for only the third time in franchise history. . They’ve been there twice before, in 1981 and 1988, but crashed both times.

The Chiefs won a thrilling battle Sunday night in what could be one of the best games in NFL history. Kansas City, which was down three points with just 13 seconds left in the fourth quarter, rallied to beat the Bills in overtime to reach its fourth straight AFC Championship game. If things go well on Sunday, the Chiefs can reach their third straight Super Bowl.

The Chiefs opened early -7.5 favorites over the Bengals on BetMGM.

The 49ers stunned the Packers on a frosty Saturday night in Green Bay with a narrow 13-10 win thanks to some massive special teams plays, which knocked out Aaron Rodgers and the NFC’s top seed early. The win returns San Francisco to its first conference title game since the 2019 season, when it reached the Super Bowl but fell to the Chiefs.

The Rams nearly lost a 24-point lead on Sunday, but held on and beat the Tampa Bay Buccaneers behind a game-winning field goal – which officially eliminated Tom Brady and the defending champions. The Rams are back in the conference championship game for the first time since the 2018 season, when they reached the Super Bowl but fell to the New England Patriots.

They will host the 49ers on Sunday night at the same stadium where Super Bowl LVI will be held next month. This marks the first time in NFL history that a team has hosted a conference championship game at the Super Bowl stadium.

The Rams opened with a slight -3.5 favorite over the 49ers on BetMGM.