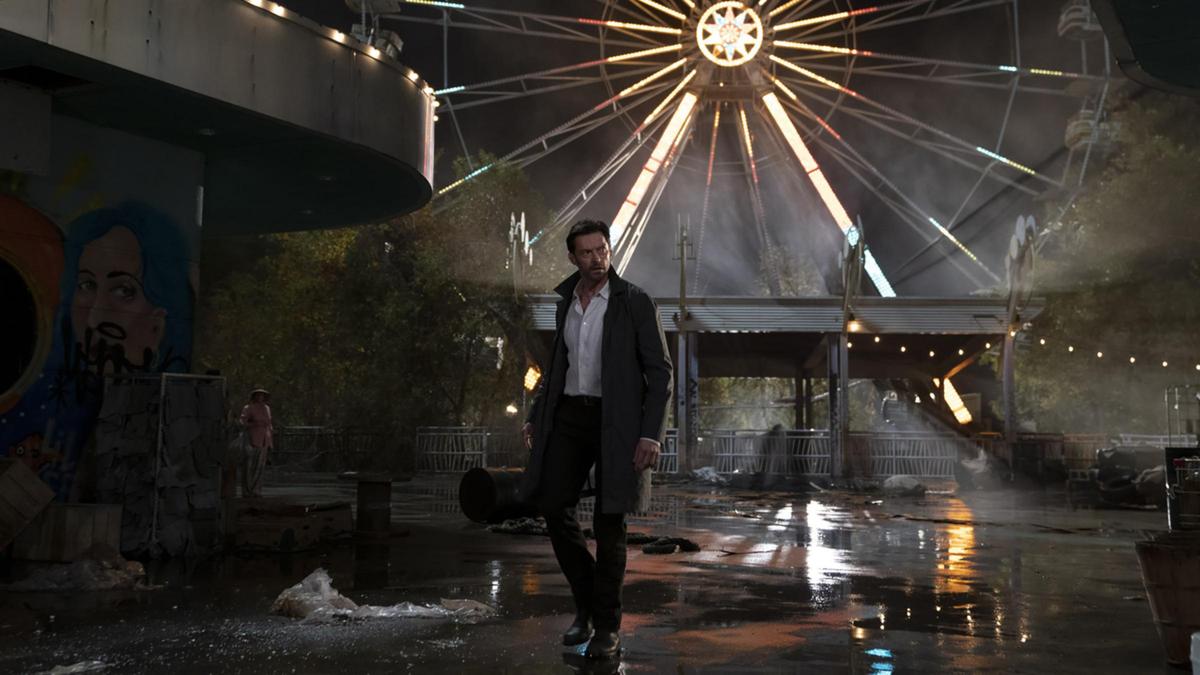 Even though only a few fragments were revealed with the world premiere of its overnight trailer, Hugh Jackman’s latest film Reminiscence carries all the hallmarks of Westworld, the series that was as much a psychological thriller as it was a sci-fi thriller.

Not exactly surprising, considering the film comes from the mind of Lisa Joy, who is making her directorial debut after building an enviable reputation on the small screen as a co-creator and screenwriter of Westworld.

Jackman plays Nick Bannister, a private investigator living in Miami at some point in the future, and from what we can see in the trailer, it’s a future that borders on post-apocalyptic.

Oceans have risen, flooding parts of the world, and the trailer hints at war, presumably for the remaining drylands.

Fortunately, things haven’t come down to the full Kevin Costner Waterworld level – but it sure doesn’t look like future peeps are having much fun.

Newton’s character explains the situation in the trailer, revealing that this reality is so unappealing that “nostalgia has become a way of life.”

â€œThere was nothing to hope for, so people started to look back,â€ she said.

While the tech specifics are a bit hazy at this point, it looks like people in this future have perfected a way of living inside their memories that has become a popular pastime.

Jackman’s Bannister specializes in investigations that delve into those memories until, like any self-respecting film noir of old, our hero’s life is turned upside down when a mysterious and troubled woman (played by Rebecca Ferguson) walks in. in his life.

Speaking at a press conference with Joy and her comrades to celebrate the launch of the trailer, WAAPA graduate Jackman revealed that his character was a broken man, who had honed his skills in ‘investigation of memory by interviewing people in the aforementioned war.

Joy said she wrote the role of Bannister with Jackman in mind, but then had to fly to New York to meet the Australian actor and convince him to do so.

Newton, meanwhile, recalled that Joy had approached her on the set of Westworld with the bare bones of what would become Reminiscence and asked if she could play Bannister’s mate in the film.

“I hadn’t read the script or didn’t know anything about it and then it was the most beautiful thing, a few days later she came to me and said, ‘You can do it, why not “” said Newton.

The reality of Reminiscence, in which people are obsessed with nostalgia, is eerily similar to last year when millions of people stranded by COVID looked back to happier times.

Harmless, perhaps, but only in moderation.

â€œThe movie is a real warning in many ways and for all of us the challenge is to be here and find our balance,â€ said Jackman.

The reminiscence will be among a list of films hitting theaters in the coming months as the world seeks to recover from the pandemic.

â€œWe finished filming about a month before the pandemicâ€¦ but I think we’re now part of a wave of offerings from our industry that will not only entertain but uplift and open our hearts,â€ Jackman said.

Reminiscence will be released in theaters on August 19.

30 best psychological thriller books of all time in 2021