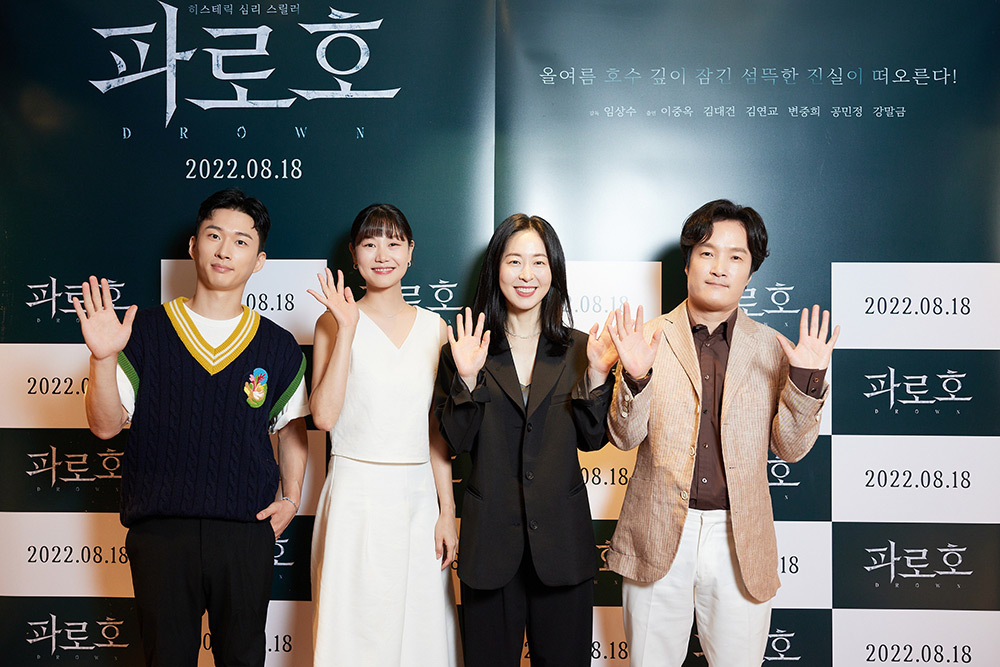 While local cinemas are packed with big-budget Korean films like ‘Hansan: Rising Dragon’, ‘Emergency Declaration’ and ‘Alienoid’, director Lim Sang-su hopes his indie film ‘Drown’ will lure moviegoers with its own charm. .

“There are a lot of good movies in theaters now. But I would like to underline the importance of the diversity of films. We have a unique mystery story and I think audiences will appreciate that,” actor Lee Jong-ok, who played protagonist Do-woo in the film, said at a press conference held at CGV Yongsan on Tuesday. , in Seoul.

Director Lim’s “Drown” tells the story of motel owner Do-woo, who must take care of his mother who is living with Alzheimer’s disease. Do-woo is going through a tough time as his mother’s situation is getting worse day by day. As Do-woo sleeps, his mother suddenly disappears. Shortly after, a young man named Ho-seung (Kim Dae-gun) visits the motel. Do-woo is suspicious of him but at the same time can’t help but grow closer to him.

The director also hoped the audience would have fun guessing if Ho-seung is an imaginary person created by Do-woo.

“If Ho-seung doesn’t exist, Do-woo is the villain, and if he comes out, then Do-woo becomes the victim. It’s an import plot from our movie,” the director said.

Before writing the screenplay four years ago, Lim recalled worrying that he wouldn’t be able to make his feature directorial debut after working in the industry for 10 years.

Lim, who was in his late thirties at the time, took a trip to Taebaek in Gangwon Province to get rid of negative thoughts. It was there that he came across a small motel similar to the one in the film and was inspired by the lonely owner.

The actors said they all had a strong impression of the script during the press conference.

“It has a dramatic twist and also has some cruel parts to it,” actor Lee said.

Co-leader Kim Dae-gun added that the script was so detailed that he could visualize the entire structure of the motel just by reading it.

Kim Yeon-kyo, who played cafe waiter Mi-ri, said she especially liked how the characters were so down to earth.

Lim, while impressed with Lee’s portrayal of villainous characters in previous works, also worried about whether it was fair to cast him for the role of Do-woo.

“I was sure he would do great playing Do-woo’s strong character during the second half of the movie, but at the beginning Do-woo had to show a shy and kind side,” the director said.

But all his worries disappeared after their first meeting.

“Maybe he knew I was watching. But I saw him open the door for his manager. That’s when I thought, ‘I have to work with him,’ Lim said. .

Although “Drown” is a dark and mysterious film, the cast said the filming process couldn’t be more different.

“We shot the film in a motel in Gokseong (South Jeolla Province). When we weren’t shooting the movie, we went rail biking together. We even went to a zoo and had so much fun there,” actor Lee said.

“Drown” will be released in local theaters on August 18.

Should you ever get a payday loan?