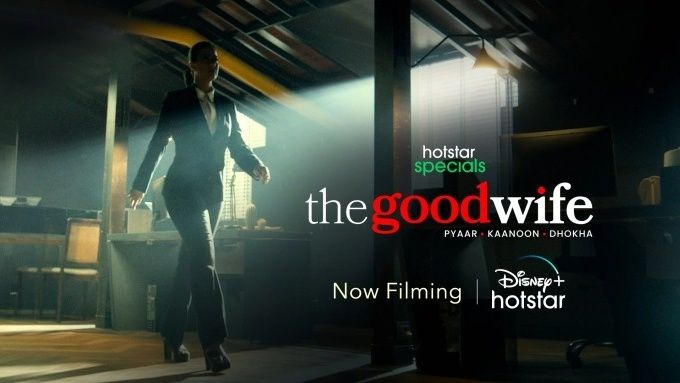 The big Bollywood starlets of yesteryear are bitten by the webseries bug. Madhuri Dixit recently took the plunge with the Netflix original The fame game. There was Raveena Tandon in the Netflix thriller Aranyak.

Now it’s Kajol’s turn to jump on the web series bandwagon. The Dilwale Dilwale Dulhania Le Jayenge the actress had previously made her digital debut via the 2021 Netflix film Tribhanga. But now she will star in the Disney Plus Hotstar web series The Good Wife – Pyaar, Kanoon, Dhokha.

Kajol shared a 30-second clip on her Twitter account in which she walks into a courtroom and asks: “Shuru Karein?” (Are we going to start?)

Kajol loves the chance to experiment

The web series is currently being filmed and is based on the popular American TV show of the same name, which aired between 2009 and 2016. The Indian version is directed by Suparn Varma, who was the co-director of the mega hit Indian TV series The Family Man Season 2 on Amazon Prime Video. He was also the co-writer of the series’ dialogues. In the Indian version of The Good Wife, Kajol plays a housewife who is forced to return to work as a lawyer after her husband is imprisoned for a scandal. Kajol takes over the role played by Juliana Margulies in the American version. The series is produced by Mumbai-based Banijay Asia. The original series, “The Good Wife”, was created by CBS Studios.

“The beauty of OTT platforms is that they give creators and actors the ability to reinvent and experiment with different formats, and with Disney+ Hotstar’s The Good Wife, that’s exactly what I have,” Kajol said. . The vivacious 47-year-old actress said “exploring a new format is always a challenge, but it’s a ‘great thing because I like to face challenges head on’.

The platform did not reveal who the other actors of the series will be. Kajol’s husband Ajay Devgn starred in the recent investigative thriller Roudra on Disney Plus Hotstar. It was its debut on OTT platforms.