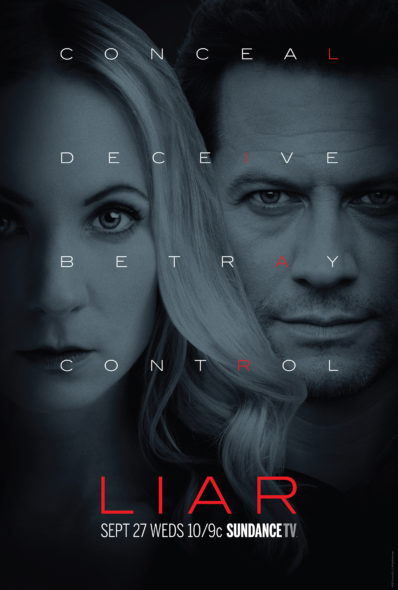 Check out the new season’s key art poster (above) and teaser (below), for the new Liar TV show. A psychological thriller from creators Harry Williams and Jack Williams, Liar premieres on Sundance TV on Wednesday, September 27, 2017 at 10 p.m. ET / PT. â€œLiarâ€ introduces Laura Nielson (Joanne Froggatt), a brilliant and dedicated teacher, and Andrew Earlham (Ioan Gruffudd), a renowned surgeon whose son is a student at Laura’s school. After a seemingly innocent date, a series of volatile accusations capsize their lives. Secrets and lies slowly unfold in a tense and gripping series where everyone lies in one way or another until the truth is finally revealed.

What do you think? How do you like the sound of the Liar TV shows? Do you plan to check it out when it premieres on SundanceTV?