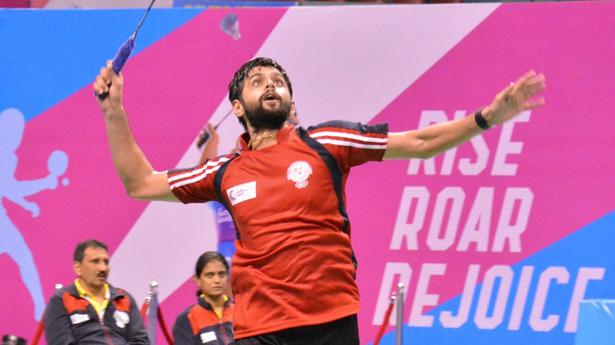 Maharashtra’s Hrutika Shriram won her second gold medal in diving by winning the women’s 10m platform event at the National Games at the Sardar Patel Aquatics Complex here on Wednesday.

The railway worker, who hails from Solapur, scored 179.30 to clinch the title. Palak Sharma of Madhya Pradesh won the silver medal with 175.10 points, while Esha Waghmode of Maharashtra took bronze with 172.35 points.

The trio had finished in the same order in the 3M Springboard competition 48 hours earlier.

“I wasn’t at my best today and I made a mistake on a few dives. I had butterflies in my stomach and thought I should settle for the silver. But I’m glad I was able to get the gold despite that,” Hrutika said.

In badminton, former B national champion Sai Praneeth has beaten M Raghu of Karnataka in consecutive matches and will face Mithun Manjunath in the badminton men’s singles final on Thursday.

Read also | National Games 2022: golf is about to make its quiet debut

Meanwhile, in swimming, Astha Choudhury of Assam, who won gold in the women’s 100m butterfly on the opening day of the Games, beat Richa Mishra’s mark of 2:21.66 in the heats in the 200m butterfly with a winning effort of 2:21.52.

Chahat Arora of Punjab also set a new Games record in the women’s 50m breaststroke with a time of 33.17 seconds, eclipsing the old time of 34.43 seconds set by AV Jayaveena of Tamil Nadu. Chahat had won a silver medal in the 200m breaststroke on day two.

Up to 50% off console games