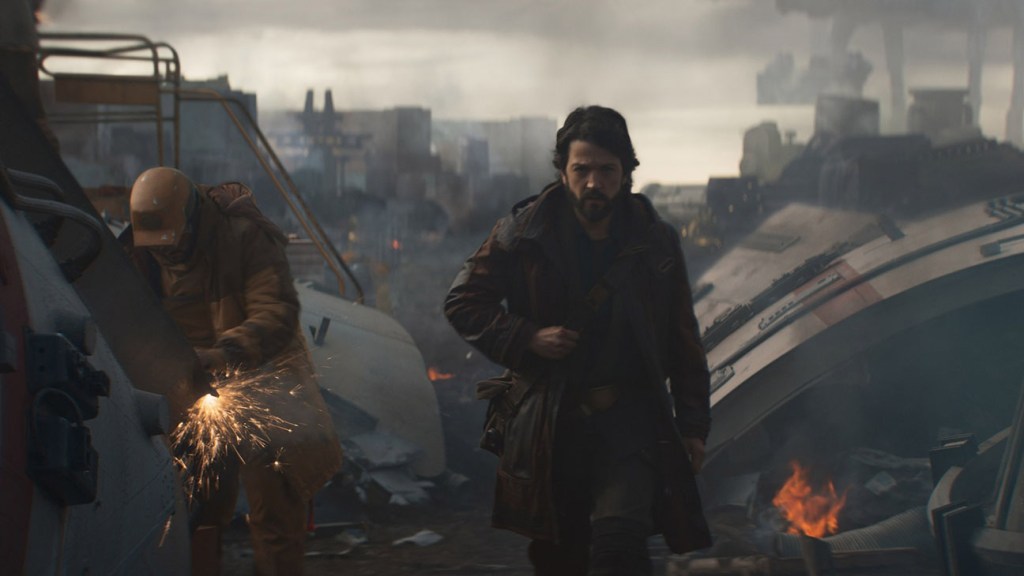 New look at the Star Wars series – The Hollywood Reporter

Lucasfilm boss Kathleen Kennedy has promised new revelations from the star wars galaxy during its D23 panel, and kicked things off with the final trailer for Andor. This series is preparing for the production of season two ahead of the season premiere on September 21.

Andor stars Diego Luna as Cassian Andor, one of the key characters who helped steal the Death Star plans during the events of Rogue One: A Star Wars Story. Kennedy noted that the series will have 24 episodes in all, describing it as a spy thriller and praised showrunner Tony Gilroy, known for the Thick headed franchise, for having made its mark Bourne voltage” to the procedure.

The cast joined Kennedy on stage in applause, with Luna, O’Reilly, Arjona and Soller waving to fans. “This is a revolutionary awakening,” said Luna, who also spoke in Spanish to share a message to Spanish-speaking Star Wars fans around the world. Soller teased having a villainous role, noting that he’s playing a character you “will love to hate.”

Luna said being an executive producer on the show gave him more agency than an actor usually has. Luna noted, “As an actor, many times you’re just thrown into something that’s already happening, but in this one I was lucky to be there from start to finish.”

Gilroy, who oversaw the covers of A thugis behind Andor, which takes place five years before the events of the 2016 film that made $1 billion. Season two of Andor will cover the remaining four years until A thug.

Luna recently said The Hollywood Reporter that the 12-episode second season will feel like separate movies, as it’s split into three-episode blocks covering one year of the story. The actor said, “There’s also a space between each block where time passes, so we’re allowed to evolve and transform.”