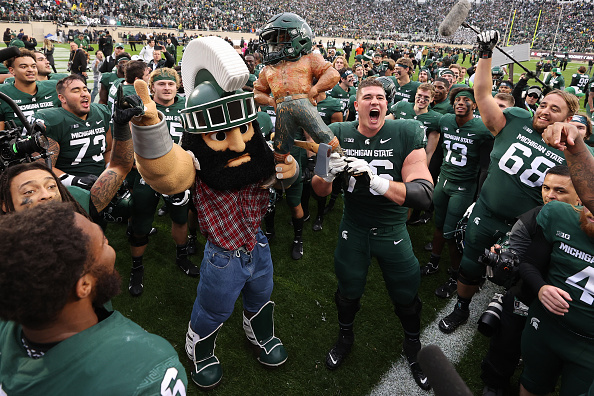 Just a few weeks ago, there was a top five clash between Iowa and Penn State. Iowa won this game and lost the next two. Penn State has lost two games since that night in Iowa City. The Hawkeyes and Nittany Lions both fell in the standings.

Iowa collapsed completely after being dismantled by Wisconsin on Saturday, and Penn State is barely hanging on after a road loss to Ohio State.

Georgia remains # 1 at last News week top 20 after crushing rival Florida, 34-7. Cincinnati dropped a spot to No.3 after battling an inferior opponent early for a second straight week. The Bearcats needed a good second half to move away from a Tulane side to a victory.

Alabama, although inactive on Saturday, earned a berth at No. 2. The Crimson Tide has the LSU Tigers in Tuscaloosa this week.

Michigan State beat rival Michigan State 37-33 in an East Lansing thriller. The Spartans earn a spot at No.4 and the Wolverines slide two places to No.8.

Oklahoma is # 5, followed by # 6 in Oregon and # 7 in Ohio. News week still remembers that Oregon traveled most of the country and, without five defensive starters, beat Ohio State at Columbus.

Eight teams from last week’s top 20 lost and four of them came out of the standings. This means that this week’s top 20 has four new teams, including: Auburn, Houston, UTSA and BYU. Houston eliminated the previously undefeated SMU, Auburn won by 11 against Ole Miss and the UTSA Roadrunners remained undefeated.

The first ranking of the college football qualifiers will be unveiled on Tuesday evening.