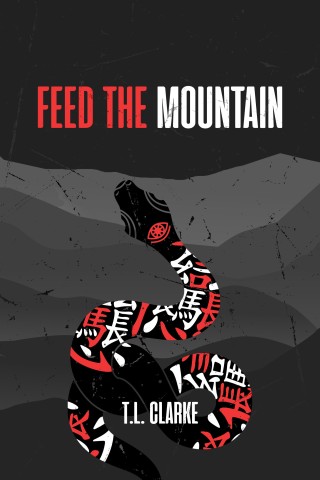 Author TL Clarke has announced the upcoming release of his bizarre supernatural thriller, Feed the Mountain. This remarkable novel balances the strength of brotherhood against the bond of two strangers coming together in their darkest moments.

“A story of intrigue, kidnapping and old men with a lingering capacity for violence…”

feed the mountain follows the journey of a girl named Anna as she plans to rescue her sister from an insidious cult that has discovered a way to control supernatural snakes living on a nearby mountain. Aided only by Lenard, an old man she barely knows, Anna sets out to confront the mysterious cult leader, Erika. Along the way, Anna discovers her own power and courage, while learning to recognize the value of friendship and the evil that can hide behind a beautiful face.

Fans of Adam Nevill and Stephen King will appreciate Clarke’s spooky world, complex characters, and distinctive storytelling. With accessible language and sustained tension, feed the mountain captures the best elements of the supernatural horror genre while incorporating themes that will appeal to a wide audience.

Clarke’s work also serves as a much-needed reminder that even the most unlikely of friends can bridge generational gaps and connect seemingly disparate worldviews. More importantly, in a time of continued turmoil and division, Anna and Lenard demonstrate the power of kindness, resilience, and found family.

feed the mountain is available for purchase on Amazon in eBook, paperback, and hardcover formats.

TL Clarke served in the Marine Corps before retiring to write horror novels and work in the software industry. He currently lives in Southern California.