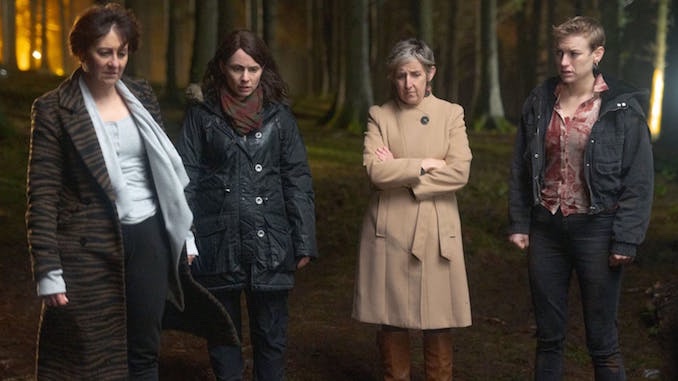 Those looking for their next UK murder mystery should keep an eye out The pact, which will soon debut in the US on Sundance Now and AMC +. According to the official logline, “when the young boss of the brewery Jack (Aneurin Bernard) is found dead, a chain of events is triggered which attracts his four employees Anna (Laura Fraser), Nancy (Julie Hesmondhalgh), Louie (Eiry Thomas ) and Cat (Heledd Gwynn) in a fragile pact of silence, bound by a secret that will change their lives forever.

Shot and set in Wales, the curvy thriller only gets more complicated when “Anna’s police husband Max (Jason Hughes) investigates Jack’s unexpected death alongside his fierce superior DS Holland (Rakie Ayola) , unaware that his own wife and best friends are at the heart of a conspiracy. As Brewery worker Tish (Abbie Hern) grows increasingly suspicious of her coworkers, Jack’s father Arwel (Eddie Marsan) struggles to keep dark family secrets hidden.

The pact, originally broadcast on BBC One in the UK, is written and created by Pete McTighe, a writer for Doctor Who, A discovery of witches, and Wentworth. The series is directed by Eric Styles (Hidden, Victim) and Rebecca Johnson (Call the midwife, Flash).

The six-part Welsh series will premiere here in the US on Sundance Now and AMC + starting Thursday, December 2, with episodes on a weekly airing schedule.

Check out the first exclusive trailer below:


Leila Jordan is the TV intern for Paste the magazine. To talk about all things movies, TV, and unnecessary trivia, you can find her @galaxieila

For all the latest TV news, reviews, listings and features follow @Coller_TV.