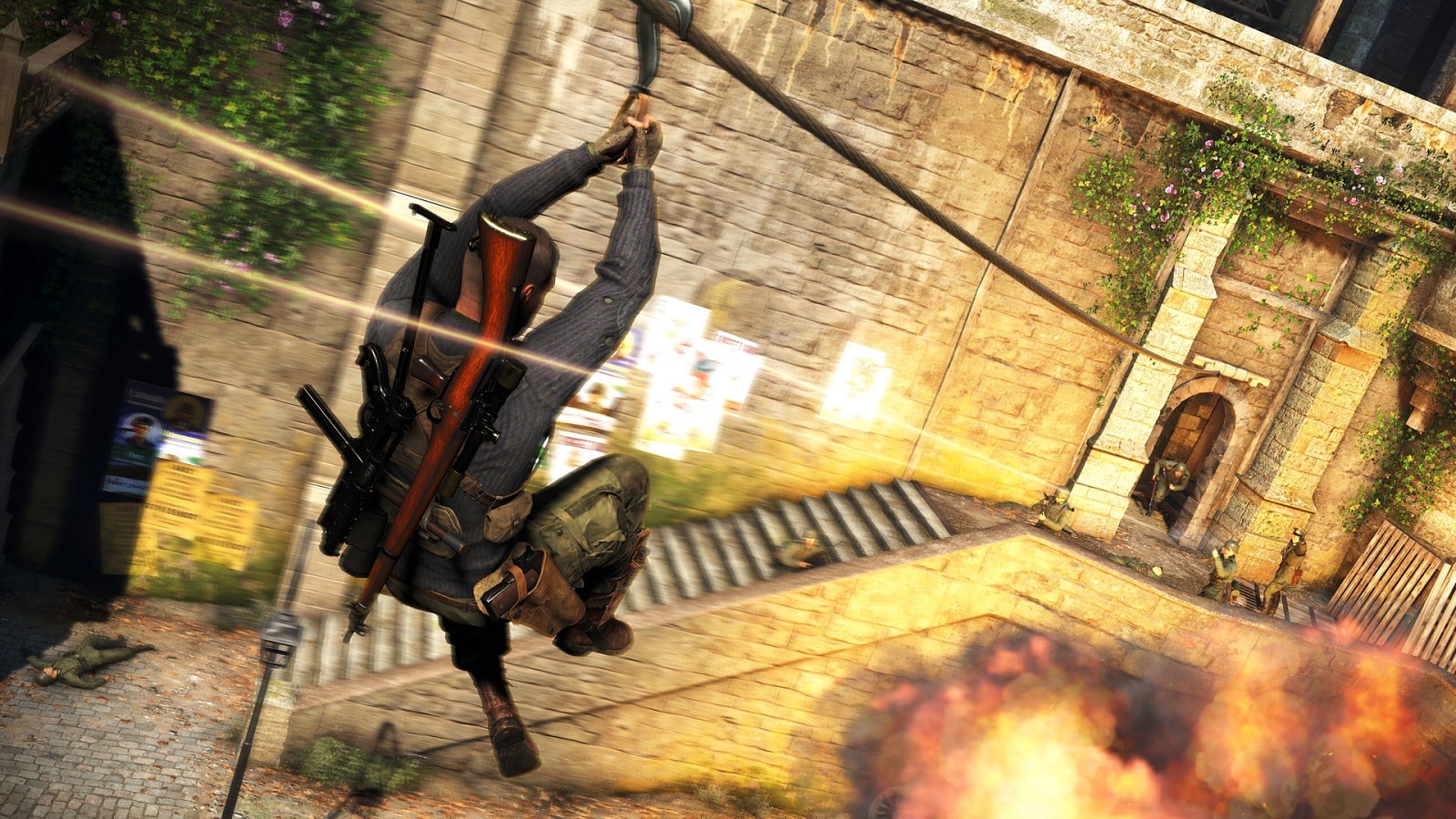 May 2022 is fast approaching. And after a relatively quiet April, it looks like things are starting to pick up. We get a good mix of releases across different genres and platforms. We’re still missing a definitive release from a big name, but that only means the second half of the year is going to be crazy. May is just the beginning. And who knows? We had surprise exits from left field, anything can happen.

And without further ado, here are the best games of May 2022 you might want to watch out for this month.

Wildcat Gun Machine may appear like any other twin-stick dungeon crawler, which would have been perfectly fine as is, but Wildcat Gun Machine takes things a step further by having different giant mechs attached to a wide variety of fire arms. And if that’s not enough, there are cute kittens. You can’t go wrong with cute kittens…. and a horde of disgusting beasts of flesh.

In Citizen Sleeper, players take on the role of a former “employee” of a galactic megacorporation. After disappearing, they manage to end up in a lawless resort in the middle of nowhere and find a way to spend the day. The game works like a classic tabletop RPG with dice rolls and skill checks. Can you make a life for yourself and your friends on Erlin’s Eye?

Inspired by classic samurai films, Trek to Yomi tells the story of a young swordsman Hiroki on his quest to avenge the death of his master and his allies, while protecting the city and the people they love from all evil. threat. The combat in this game is fast and deadly. Like the samurai of old, battles are decided with a few swings of the sword. The striking visuals also add an air of tension to the tune.

Warhammer 40,000 Chaosgate – Daemonhunters plays out like an XCOM game wrapped in the 40K universe theme. This fact alone does not detract from the fact that you lead humanity’s first and last line of defense against the forces of Chaos – the Gray Knights. These mighty-armored giants wield enough power to put most armies to shame, and they’ll need every last one if they wish to prevent a galaxy-wide Extinction Event.

Arm yourself, and remember, the Emperor protects.

Eiyuden Chronicle is a fast-paced 2.5D action RPG with city-enhancing elements. Initially drawn to the prospect of riches, our heroes find themselves in a city hit by a violent earthquake. They decide to help the sick townspeople while searching for clues to the treasure hidden in the burial mounds. This game is actually a prologue to the next online game, Eiyuden Chronicles: Hundred Heroes. And tying the two games together will result in rewards when the sequel releases.

A sequel to the acclaimed Salt and Sanctuary, Salt and Sacrifice introduces a new region, a new character called the Marked Inquisitor, and an overhauled combat system that stays true to what the first game started with. The hardcore action RPG platformer is about to be just as intimidating as its predecessor and more. The game also features online and local co-op, for those who want a helping hand in tough times.

Inspired by the iconic horror, humor and action of the “Evil Dead” franchise, Evil Dead: The Game brings together the series’ greatest characters in the ultimate battle against the forces of darkness. Work in teams of four to kick Deadite’s ass and finally banish the demon Kandarian once and for all. Or choose to become the demon himself and wreak havoc on these so-called “heroes”.

Old World is a 4X strategy game set in ancient times where rulers like Alexander the Great and other important figures lived and died. What sets this strategy game apart from other games is the fact that after each round time passes and a very real possibility that our leader will die in any way leaving your entire empire in your hands of his heir. This feature of succession can dramatically change everything you’ve done so far. It’s the kind of twist you don’t often see in the genre.

Souldiers is a 2D action RPG with a lovingly hand-drawn art style and thrilling battles. Trapped in a mystical land on the fringes of the afterlife, your party of soldiers must fight their way through mystery while trying to outsmart cunning enemies, solve nefarious puzzles, and explore an unknown world. looking for something useful.

Deliver us the moon

Deliver Us the Moon is a sci-fi thriller set in an apocalyptic near future where Earth’s resources are depleted. In a desperate attempt to save the world, the World Space Agency has secured a promising new energy source on the moon. But something went horribly wrong. Now, years later, you wake up, the last living astronaut, on one last mission to find out what happened to everyone. Already out on PC, this version of Deliver Us the Moon brings the thrilling adventure to current consoles, along with ray-traced shadows and reflections. Players who have the game on previous-gen consoles can get a free next-gen upgrade.

Dolmen is a third-person action game with RPG elements, where sci-fi and cosmic horror are mixed in addition to punishing gameplay. Prepare to encounter alien horrors like never before. Can you survive long enough to bring back samples of a crystal with special unique properties, nicknamed “Dolmen”?

Hardspace Shipbreaker is finally coming out of Early Access. The space salvage simulation game allows players to explore and dismantle derelict spacecraft in search of useful materials. Players can choose to participate in an engaging campaign, relax in free mode, or participate in timed challenges. But no matter how you play the game, there’s no denying that there’s that sense of satisfaction that takes you to unfamiliar places in search of something of value. Plus, you’re doing it in the zero-G environment of space.

Sniper Elite 5 offers unrivaled sniper shooting, third person tactical combat and of course superb kill cam shooting. As the series’ protagonist, Karl Fairburne, you must fight your way against the Reich in massive interactive maps full of opportunistic chances and more. Use workbenches to customize and upgrade virtually every aspect of your weapons with a level of detail never before seen in the series. Modify your arsenal to suit your personal playstyle.

Kao the Kangaroo is a 3D platformer that features a spunky, cheeky, yet cute, Kao (pronounced KO) the kangaroo. Debuting over 20 years ago on SEGA’s Dreamcast, the jolly, hard-hitting marsupial embarks on a journey to find his missing sister and solve the mystery of what happened to his long-lost father. Kao will use his boxing gloves to smash his way through his opponents, slicing his way through obstacles before blasting his way to glory.

And that’s it for our list of the best games releasing in May 2022. Check back with us for more news on surprise releases throughout the month.

For the other topics on the list, check them out: