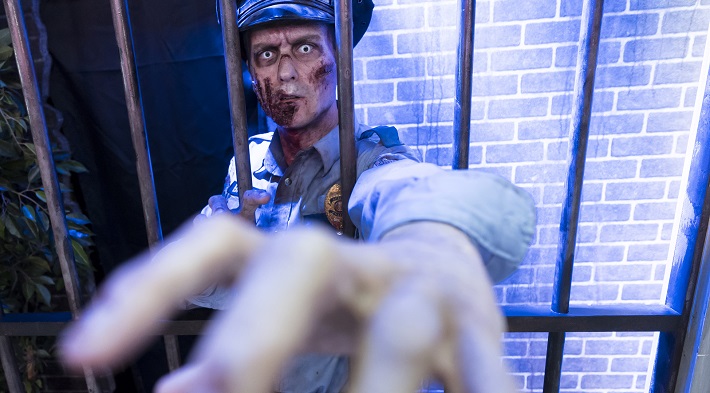 It’s almost time for everyone’s favorite spooky party, Halloween! For some, it’s costume parties, candy, and pumpkins, but it’s also the time of year when horror fans are treated to the best of horror movies, haunted houses, and games. . While horror novels may seem too detached, and horror films are more intended to testify to terror, a horror game immerses everyone directly in the experience. Playing a horror game is an experience like no other because it forces us to deal with these fears directly. Dealing with ghosts? It’s your problem to solve. Running away from a demon? Well, you better move on, because the only person who can escape this demon is you.

The great thing about horror games is that they also give us a very personal experience. As we force ourselves to go through the entirety of the horror on our own, we become much more attached to everything that happens to the characters we play in. Maybe it’s because the game forces us to become these characters out of personal choice, or the story is so compelling we can’t look away. Horror is able to enter territory other genres cannot reach and this has led to some of the most influential video games of all time.

Silent Hill 2 is a contender for the best horror game ever made. When the original silent Hill released on PlayStation, it was in many ways an unexpected success. The series was meant to be Konami’s answer to Capcom’s Hollywood film style resident Evil, but what it ended up being was a truly terrifying psychological horror series, with Silent Hill 2 standing above the rest as the pinnacle of the series.

Silent Hill 2 has all the perks of a good sequel in terms of gameplay and design, but the story starring James Sunderland is where it really fills the player with terror. Called to the town of Silent Hill by a letter from his presumed deceased wife, James is forced to come to terms with past traumas he would rather forget. Along the way, he meets other people struggling with their own demons as well as literal monsters of his worst psychological fears. The most terrifying of them is Pyramid Head, a monster he created to punish him for his previous sin. Which makes Silent Hill 2 the impact it has had on the survival horror genre is so significant. Horror games had rarely touched on such mature topics before and how Silent Hill 2 manages its characters, plot and setting makes it a classic that should be played by any fan of the genre. It is the benchmark that so many games are still trying to reach to this day.

The first one resident Evil the game is really not that scary. With a hokie (hilarious) voiceover, a B-movie plot, and often frustrating gameplay, someone playing it today might not understand how the series was to become a global phenomenon. For starters, the game was really horrible on PlayStation, but the gameplay was also very fresh and new to console horror games. The camera angles, tank controls, and limited inventory created an experience that immediately appealed to gamers.

At the end of the game the player becomes so overpowered resident Evil goes from horror to an action title, but it gave it a Hollywood thriller feel. Capcom’s goal with resident Evil was to create a game that looked like a movie and it was largely successful. The series would go on to make much scarier games in the future and then some ridiculously cheesy games – only to get back to horror – but none of those future games would exist without that first game. Age may not be. processed the original resident Evil the best, but its influences are everywhere in the horror series and game market today.

Alone in the dark – PC

What did Alone in the dark the way he approached gameplay back then was so influential back then. The main character, Edward Carnby or Emily Hartwood, is a private investigator who can fend for himself in a fight. The problem is, their enemies are usually supernatural and much more powerful than them. With limited supplies, it’s not smart to tackle all combat scenarios head-on. Most fights can be avoided by using logic, solving puzzles, and thinking quickly. This can be frustrating at times, with some scenarios being easier to solve in repeat play, but that is to be expected for early ’90s games. The important thing here is that Alone in the dark has become the inspiration for one of the most popular genres in gaming today and it is to be praised for it.

Castlevania: Symphony of the Night – PlayStation

East Castlevania scary? Absolutely not. Is this also one of the best examples of taking horror and gothic themes into a side-scrolling platformer and creating a series that would define an entire genre? Yes. Castlevania is a really simple game. You are Simon Belmont, you have a whip, and you travel to the end of each level to defeat classic horror bosses like Frankenstein’s Monster, Medusa, the Grim Reaper, and then, finally, Dracula. The series is more difficult than scary, but the themes surrounding it fit perfectly into the horror genre.

Where the series would influence the games as a whole was Castlevania: Symphony of the Night. True to the themes of the original games, it was still about defeating Dracula in the end, but what made this one special were the non-linear and exploratory aspects of the game. The player would collect new powers throughout their journey. part, which would allow previously unexplored areas to open up. It encouraged going back as the player could go back and uncover new secrets. This style of play would become so popular that a new genre was born out of everything that copied it. Metroidvanias. A combination of Metroid and Castlevania, the two series that popularized the concept, are one of the most popular game genres today.

Do you want to feel fear? Dead space will fill you with it. Starring the silent protagonist, Isaac Clarke, the player is tasked with helping Clarke find out what happened to his girlfriend Nicole on USG Ishimura when he suddenly went silent. Unfortunately for Clarke, an infestation of necromorphs (zombies) has taken hold of the ship and he must put a stop to it. It all takes place in the silent ends of space and Dead space uses this detail in a truly unique, interesting, and horrifying way.

There might not be a more terrifying game on this whole list than Dead space. The way he manages to touch every nerve in a player and put them in an uncomfortable state is very impressive. Yet, it’s also a really fun action game. The concept of cutting off the limbs of Necromorphs to conserve ammo was unique at the time. In 2008, most enemies in games only had a handful of hitboxes. Having a game where every part of the body can be isolated and attacked was very cool back then. Add some cool mods, like kinesis stasis, and you’ve got a vulnerable but equally powerful protagonist. The player will have the impression of being able to manage Dead space, but they’re going to be terrified the whole way. Another must-have for any horror fan.

4 facts about your favorite games you didn’t know

New Squid Game-inspired playtime games are not good for kids