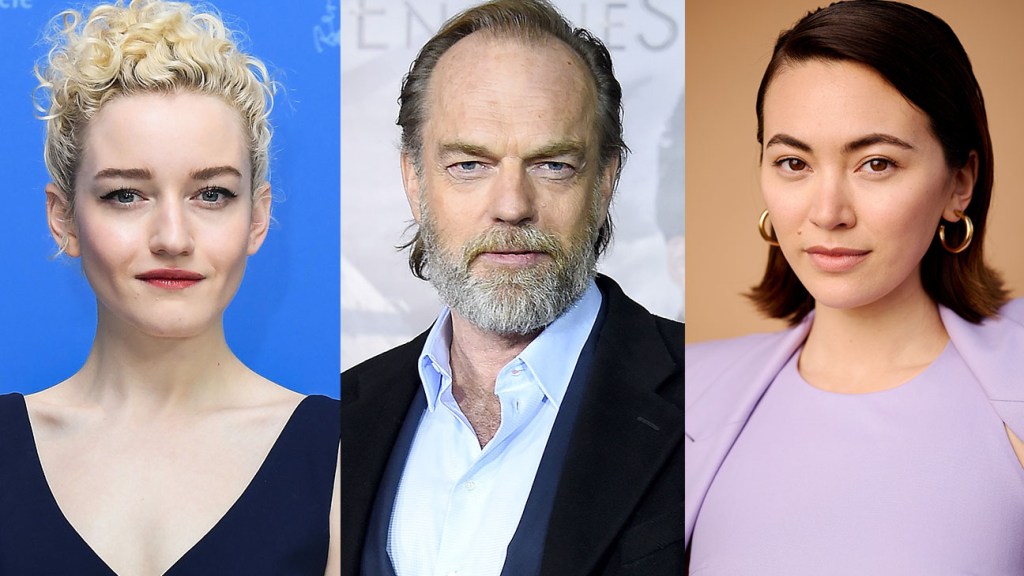 Neon has acquired the North American rights to The Royal Hotel from writer/director Kitty Green and See-Saw Films.

The social thriller will feature ozark actress Julia Garner, Hugo Weaving and Jessica Henwick. The Royal Hotel will also retool Green and Garner after their collaboration on the helper, which premiered in Telluride in 2019.

The indie is also produced by the team behind The power of the dog and tackles issues like toxic masculinity in the Australian Outback.

Green co-wrote the The Royal Hotel screenplay with Oscar Redding and will shoot the film this summer in Australia. The indie, inspired by true events, follows Hanna (Garner) and Liv (Henwick) who are best friends backpacking in Australia and strapped for cash.

After Hanna takes a job behind the bar at a mining town pub called The Royal Hotel, the bar’s owner, played by Weaving, and the locals introduce the girls to an Australian drinking culture gone awry as Hanna and Liv find that their lives are rapidly spinning out of control.

“We are very excited to be working with Neon again on the release of The Royal Hotel. Neon has an undeniable history of supporting emerging and established filmmakers, and delivering innovative and provocative campaigns. We know they are the right house to bring this movie to American theaters,” said See-Saw producers Emile Sherman and Iain Canning, who originally cast Jane Campion. The power of the dogsaid in a statement.

International sales on The Royal Hotel is managed by HanWay and Cross City Films. The film is also produced by Liz Watts, with executive production by Kath Shelper and Simon Gillis.