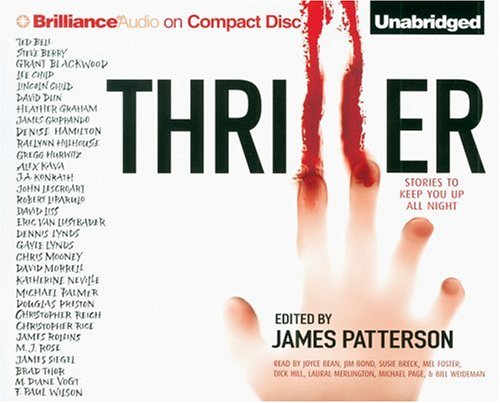 Thrillers suffer a 6% drop in sales

Stories belonging to the thriller and suspense categories have always been considered a safe bet. After all, readers never seem to tire of reading things that give a seat edge feel. No wonder such literary works of art have always been among the bestsellers in the United States, although things seem to have taken a different turn this year. Because according to The NPD Group, sales of the suspense and thriller category of books and e-books fell 6% this year until the end of May 2021.

In contrast, the overall adult fiction market has seen a decent 15% growth, which includes sales of both books as well as e-books taken together for the same period. It’s not that the overall thriller market has experienced a huge collapse, although what has become of concern is that growth is definitely lacking. Otherwise, the segment still managed to emerge as the third largest with 14.1 million unit sales comprising both e-books and paper books.

As the Benzinga mentioned, one of the reasons that may have contributed to the decline is that the usual elements that made suspense stories special are now included in stories that have been classified into other segments such as general fiction, la fiction for young adults, contemporary women fiction, etc. Interestingly, these segments have seen positive growth lately.

Another reason why the demand for suspense stories is declining is probably because readers might want something different. Interestingly, more female authors are standing out than ever before. While the primary writers in the thriller segment are both experienced and new entrants, nearly three-quarters of new writers are women. This while the segment has traditionally been a male dominated stronghold, although things seem set to change this time around. Maybe with the infusion of fresh blood there will be a greater demand for thrillers in the future.

With a keen interest in technology, I make a point of keeping up to date with the latest developments in the world of tech and gadgets. This includes smartphones or tablets, but even extends to AI and self-driving cars, the latter being my latest fad. Besides writing, I like to watch videos, read, listen to music or experiment with different recipes. Cinema is another aspect that interests me a lot and maybe I will make a film in the future.