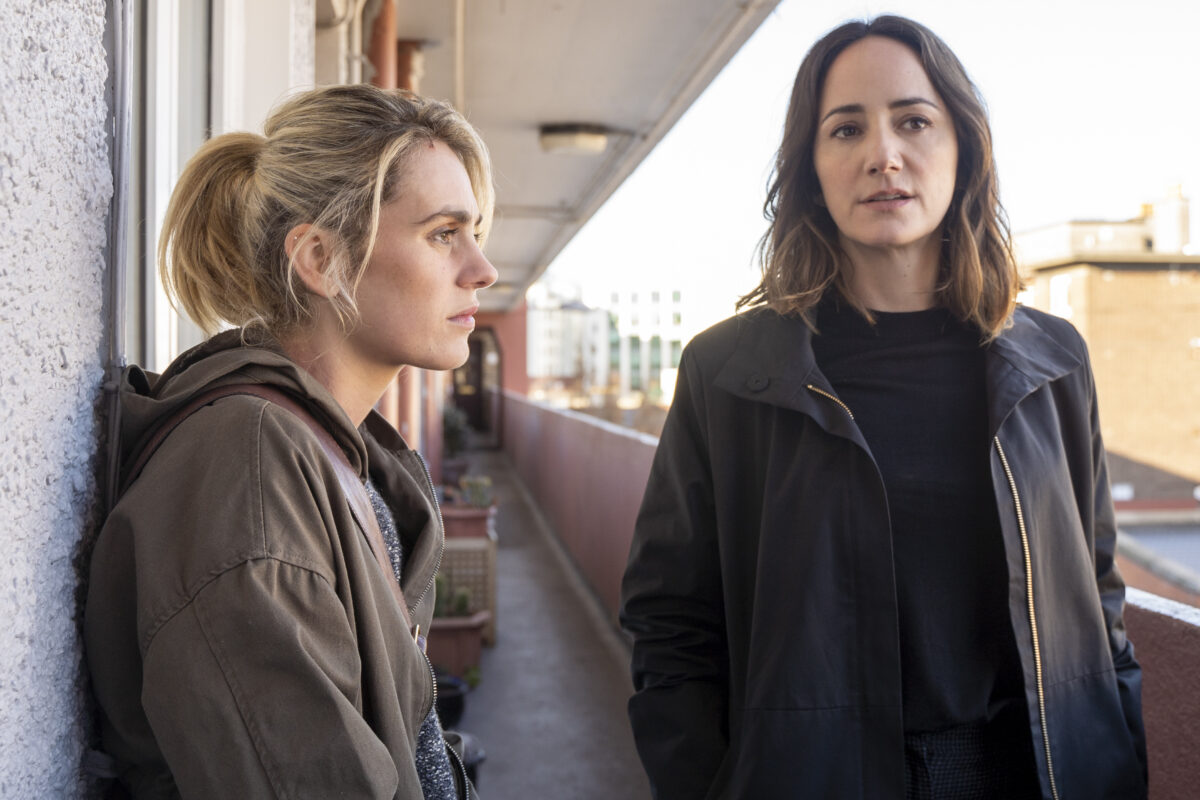 The Solomon Islands rarely made the news until the Chinese communist regime signed a strategic pact with the current government and announced plans for a permanent military base there. In recent times, small, naïve or corrupt nations have increasingly fallen under the sway of China or Russia, to the strategic detriment of the West.

With that in mind, the stakes for another Scottish independence referendum couldn’t be higher, unless you’re one of the two or three people outside of Scotland who have faith in the integrity of the separatist SNP (Scottish National Party).

To further increase the pressure on Downing Street, MI5 agent Beatrice Ogilvy uncovers warnings of a massive terror plot to be carried out during the stormy election. The dangers to the unity of the United Kingdom are very real and potentially catastrophic in the 10-part series ‘Red Election’, which premieres on Ovation.

A sleazy Russian informant has booked a lunch with Ogilvy and his soon-to-retire mentor to peddle information about a massive covert operation codenamed “Redback.” She will be the only survivor, when a Russian assassin suddenly crushes their party. As a result, his boss, William Ogilvy, who also happens to be his father, takes Redback’s deadly threat seriously.

He therefore advises Prime Minister Adam Cornwell to postpone or, better yet, cancel the Scottish referendum. Sadly, the Prime Minister has made his career through grandiose displays of his supposed honesty, so he insists on proceeding as he promised.

Still, the timing isn’t so good for Cornwell either. He met Holly, the daughter of a now deceased ex-lover (coincidentally from Scotland), who believes he is her father. While waiting for confirmation, the intentionally childless Cornwell and his relatively understanding wife Etta try to invite him into their small family unit, but not too far.

Meanwhile, MI5 reports the suspicious disappearance of Danish energy engineer Torben Jensen, whose highly explosive biofuels could be used for a massive terrorist attack. His girlfriend, Danish intelligence officer Katrine Poulsen is also looking for him, but Ogilvy instantly suspects her of complicity. No one else trusts her much either but, as the designated Danish contact person, she always manages to insinuate herself into their investigation.

Redback’s nature remains murky until the end, but it’s safe to say that everything fits together and coincides for a reason. Indeed, much of the geopolitical intrigue in “Red Election” is written very neatly. Those who considered simply ‘letting Scotland’ go are all but guaranteed to change their minds, to end their constant complaining and knee-jerk representation in parliament.

In this case, Russia is the bad actor in question, but it is frightening to imagine how China could also seek to exploit a newly independent Scotland as a belt and road.

Technically, all questions will eventually be answered, but “Red Election” ends with a true cliff-hanger that clearly anticipates a second season. This is an annoying trend among shows that won’t necessarily get the series renewal they’re hoping for. Nonetheless, the potential dramatic outlook for a second season could be extremely controversial.

Either way, Lydia Leonard anchors the series solidly as Beatrice Ogilvy. She’s intense and sometimes extreme, but we always shoot for her. Of course, veteran actor Stephen Dillane still steals just about every scene as the cunning and caustic William Ogilvy. It’s either reassuring or terrifying to think that such a shrewd and resourceful man could do very well in Britain’s security service, depending on your perspective and politics. Kobna Holdbrook-Smith proves to be a compelling foil as Beatrice’s MI5 rival, Levi Nichols, and helps maintain credibility for the unfolding espionage and office politics.

By contrast, Victoria Carmen Sonne’s portrayal of Poulsen is perhaps too aloof and abrasive for the show’s good, while James D’Arcy is so nauseating as Cornwell, it makes the Scottish independence movement look perversely less misguided.

In a series full of betrayals, it’s not always clear who the villains are, but for some extra unambiguous villainy, Robert Cavanah is rightly ruthless and paranoid as Temple Laird, a Scottish separatist terrorist, who unwittingly gets caught up in the Redback. plans and countermeasures.

“Red Election” paints its MI5 operatives as decidedly flawed individuals, but the attack they scramble to defuse is complicated by very real political dynamics. It’s unlikely to get an SNP recommendation anytime soon, but the action and spy action will keep most mainstream viewers hooked.