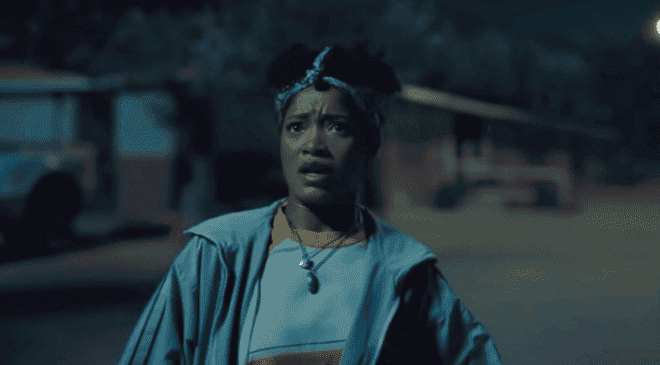 Jordan Peele’s Monkeypaw Productions is releasing Nope, a horror film written, directed and produced by him. Daniel Kaluuya, Keke Palmer and Steven Yeun feature in the film. Residents of a remote town witness a mysterious and unusual event, followed by intrigue.

Here’s everything we know about the movie Nope!

Who will be in the cast of the movie Nope?

What is the plot of Nope?

Peele, as expected, kept most of the core elements behind Nope secret, including the overall plot. Even the slogan is not very informative.

“A new fear in the mind of Oscar winner Jordan Peele,” he simply states. Nonetheless, based on the poster and the director’s previous work in the horror genre, Nope will undoubtedly be a treasure trove of shocks, forcing viewers to pay close attention to clues.

If you like to theorize, the first indication we have is the cloud emoji in the tweet that was sent. You never know what this symbol means in terms of future film.

Without adding that the title is Nope, which could also be a clue. The Hollywood Reporter said in 2017 that Peele was working on another “social thriller” similar to Get Out.

The director said in an edition of Variety’s Playback podcast that he would like each of his social thrillers to tackle a different monster.

I would like to stay in the genre. By working on [Get Out], I was also working on four other projects that I call social thrillers. Each is meant to deal with a particular type of human demon, a monster that lurks beneath the surface of how we connect to each other as humans.

So I hope to make another one of those social thrillers soon – this one won’t be about race, but it will be cinematic and entertaining… To create the perfect monster for a horror movie, just look at the monster that exists in each of us. Not so much a single psychopath, but humanity burrowing into the cracks between us.

Nope will be released in the United States on July 22, 2022 by Universal Pictures. The film will be accessible in “Only in theaters” for those who want to see it in its original format.

Even under Covid-19 scenarios, the film will hit theaters, forcing horror movie lovers to go out and see it in person. In other words, the director claims that this horror picture will be much more exciting for international audiences.

Peele announced the film’s official title and poster to the public on “Twitter” a year ahead of its scheduled July 22, 2021 premiere date.

The trailer for Jordan Peele’s next horror movie is out, and it not only features a stellar cast, but also some more clues as to what’s to come. Take a look at the video below:

No, given the name of Jordan Peele, who has directed many horror movies and will continue to do so for the foreseeable future, this is going to be the scariest movie of all time.

The movie “Nope” gives the audience a very dark feeling, and the poster depicts a disturbing atmosphere. The unpleasant atmosphere conveyed by the poster indicates that audiences will enjoy this supernatural film when it is released.

Is Nope a true story?

No, it’s just a fictional film.

Where can I watch Nope?

Nope is currently not available on any Ott platform.

What is Jordan Peele’s new movie?